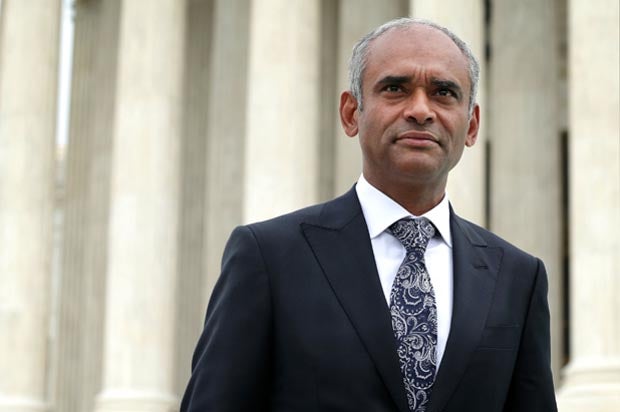 Aereo might be down, but it says it is not out.

The company, which was handed a defeat by the Supreme Court last month when the court ruled that it violated the broadcast networks’ copyrights, is now seeking a license to essentially operate like a cable system.

Also read: Aereo CEO Asks Consumers to Rise Up and Fight for Aereo

In a letter sent by Aereo to Judge Alison J. Nathan of U.S. District Court in New York on Wednesday, the company says that it’s entitled to a license, based on the Supreme Court’s ruling.

“After the Supreme Court’s decision, Aereo is a cable system with respect to those transmissions,” the letter said.

Thus, the company contends, “Aereo is entitled to the benefits of the copyright statutory license pursuant to the Copyright Act.”

In a message to Aereo users and supporters on Wednesday, Aereo CEO Chet Kanojia  (pictured above) said that Aereo is still committed to “building great technologies that create real, meaningful alternatives for consumers.” The company suspended its operations on June 28, following the Supreme Court’s decision.

“From the beginning, it has been our mission to build a lawful technology that would provide consumers with more choice and alternatives in how they watch television. We believed that providing an innovative cloud-based individual antenna would provide consumers with a convenient way to use an antenna to watch the live, free-to-air signals broadcast over public spectrum that belongs to them,” Kanojia wrote in the letter.

“This has been a challenging journey for our team, but your support has continued to lift and propel us forward. We remain committed to building great technologies that create real, meaningful alternatives for consumers,” he added.