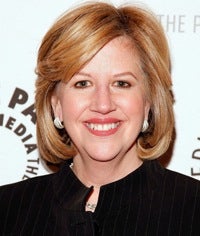 The deal would effectively combine the A&E portfolio, which houses the A&E flagship channel, History Channel and Bio, with the Lifetime Channel and Lifetime Movies.

Lifetime president and CEO Andrea Wong would report to Raven, an A&E source confirmed, noting that no deals have been signed yet.

A 25-year A&E veteran, Raven took over as president and CEO in 2005, and is credited with reinvigorating the channel with broader-skewing programs, including nonfiction series “Dog the Bounty Hunter.”

Currently, Disney and Hearst are 50-50 owners of Lifetime, and each carry a 37.5% share in A&E, with NBC carrying the other 25%. Disney CEO Bob Iger has previously stated a desire to manage Lifetime and A&E jointly, an alignment Disney believes would be more efficient.

For NBC’s part, owning a stake in Lifetime, which targets an older female audience, would fit in well with the conglomerate’s existing cable portfolio, which includes platforms like Bravo and Oxygen that target younger female demos.