A restraining order filed Wednesday against David Beresford-Redman, father of the former “Survivor” producer accused of killing his wife in Mexico, contains damning statements about Bruce Beresford-Redman – including that the father-and-son duo withdrew thousands of dollars from the couple’s joint account in the days before her death and seemed to be "planning something." 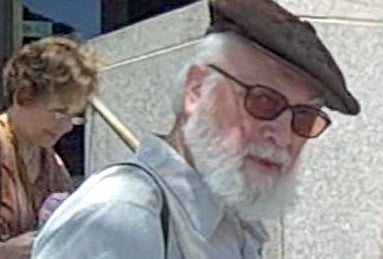 The order was filed in Los Angeles Superior Court by Norma Paula De Ahlf, who says Beresford-Redman’s 77-year-old father came into the restaurant where she worked on Saturday night and threatened her with his “hand in his shirt” as if he were holding a gun. (Photo of David Beresford-Redman by TMZ.)

De Ahlf states that she was a close friend of Monica Burgos, Beresford-Redman's Brazilian wife whose body was found in April in a sewer pipe near a Cancun resort. Beresford-Redman was charged in her death by Mexican authorities and is in Los Angeles awaiting extradition proceedings.

Her supporting statement says she befriended Burgos, owner-operator of the Culver City Brazilian restaurant Zabumba, in 2001 and eventually became general manager so Burgos could spend more time with the couple's small children.

She describes how Monica confided details of her marital problems, including Bruce's extramarital affair and suspicious banking activities. She says Monica told her about a $25,000 withdrawal Bruce made to cover his father's debts and — a separate withdrawal which was used to buy stocks in Bruce’s name alone. 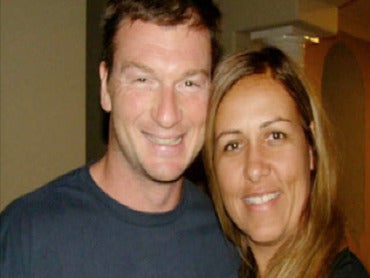 “Monica shared with me her concerns that Bruce and his father, David, were planning something,” De Ahlf wrote, noting that the father and son were not close — but had been communicating daily in the days before Monica’s death.

In light of this, Monica “withdrew money from the couple’s joint account, changed the locks on their house and threw Bruce’s clothes in trashbags and out onto the street,” De Ahlf writes. Monica then took the children on a trip to Hawaii several weeks before her death, to clear her head and decide whether to end the marriage.

While she was away, “Bruce constantly called Monica … trying to convince her to take him back. … when Bruce suggested that they all go on a family trip to Mexico, she agreed.”

De Ahlf said she advised Monica not to go because she was extremely suspicious — Bruce had never planned a trip before, but made all the arrangements this time.

De Ahlf has been running the restaurant since Monica’s death, and said she was working late on Saturday, preparing food for a memorial service, when David Beresford-Redman entered the darkened restaurant “with his right hand inside of his shirt, as if he was hiding a weapon.” She said he was threatening and demanding to speak with her.

“I am afraid of him and fear that he will harm me because of all the information I have regarding his son and Monica,” she wrote.

The filing was accompanied by a sworn statement corroborating De Ahlf's version of events by Michael Melair, who states he was in the kitchen when David Beresford-Redman entered the restaurant.