"The Hurt Locker" and "Up in the Air" were among the films saluted by the American Film Institute in its annual Movies of the Year list, which was released on Sunday afternoon.

The raucous comedy "The Hangover" also made the list, which did not include presumed Oscar contenders "Avatar," "Invictus," "Nine" and "Inglourious Basterds."

Two animated films, "Up" and "Precious," were included among the ten, as was "Sugar," a low-budget indie about an aspiring pro baseball player from the Dominican Republic.

Because the list is restricted to American films, acclaimed films like "An Education," "The Last Station" and "The White Ribbon" were ineligible. 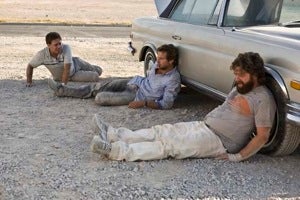 More information about the AFI honors is available at the AFI website.