Though sales agents have griped that deals at this year’s American Film Market have moved at a glacial pace,  there are several properties that are heating up the Santa Monica auction and drawing serious buyer interest and buzz.

In some cases, things have moved beyond courtship to firm agreements. Distribution deals have been inked this week for several high-profile projects starring the likes of Jodie Foster, Bruce Willis and Jake Gyllenhaal in various stages of production. From sex comedies to Chinese period pieces, studios have been snapping up properties at the eight-day event in the hopes of snagging this year’s "District 9."

Here’s a round-up of some of the pictures that are leaving the bazaar, which concludes Wednesday, with domestic and foreign markets in place:

"My Year Without Sex"

Domestic rights to Sarah Watt’s “My Year Without Sex” have been acquired by Strand Releasing from The Works International. Strand’s Jon Gerrans negotiated the deal with Joy Wong of The Works. Strand will release the film next spring.

The film is about a couple who are forced to stop having sex because of a medical condition that prevents the woman from becoming overexcited.

“Strand has had a long relationship with The Works International and its previous incarnation, The Sales Company, and have worked on many projects. We look forward to continuing this relationship,” Gerrans said in a statement.

Summit International has sold several key markets for Jodie Foster’s drama "The Beaver," starring Mel Gibson as a man forced to wear a beaver hand puppet in an attempt to cure his depression. The company plans to handle the picture’s domestic release, but sold the U.K. and Australian rights to Icon, SND will take France, Telemunchen-Concorde gets Germany and Medusa picked up Italy. 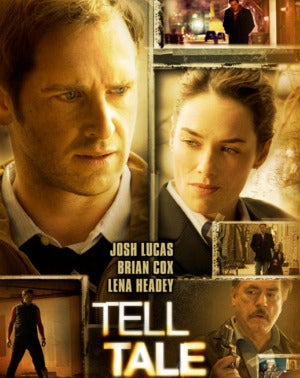 Rights have gone to E1 in the U.K., Telemunchen-Concorde in Germany, SND in France and Aurum in Spain.

"The Secret in Their Eyes"

Sony Pictures Classics has bought U.S. distribution rights to the drama "The Secret in Their Eyes" from Latido Films. The drama, directed by Juan Jose Campanella and starring Ricardo Darin, is Argentina’s submission for the foreign-language film Oscar.

The Media Development Authority of Singapore announced that "Neon Sign" will receive support under a film fund it launched at Cannes. The film will be directed by Korean Pil Gam-Sung (“Musa”) for release in 2011. The movie will be co-financed with CJ Entertainment and Beijing Polybona Film Distribution Co. and produced by Singapore-based Bang Productions and Korea’s Nabi Pictures.

“This tripartite collaboration represents the growing synergies among Asian countries and our abilities to tell Asian stories concerning universal topics such as music and culture in a unique way for an international audience,” said Dr. Christopher Chia, chief executive officer of MDA.

The road movie centers on a Korean pop idol who flees to China to escape paparazzi following scandals at home, and finds himself stranded in the remote countryside of Yunnan.

Summit, which is releasing the film domestically, has signed global sales with SND in France, Kinowelt in Germany and Optimum in the U.K. 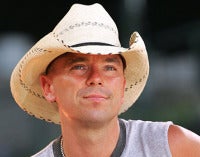 "If you’re a diehard Kenny Chesney fan who just couldn’t get close enough this past summer, or even if you did and want to live those songs and fun again, even closer, ‘Kenny Chesney: Summer in 3D’ is the perfect way to experience the intensity even closer than the front row," Rory Bruer, president of worldwide distribution for Sony Pictures Releasing, said in a statement.

Mega Media will provide 20 percent of the financing for the film. The movie will be directed by Nguyen Phan Quang Binh and is based on Nguyen Thi Ngoc Tu’s short story "Boundless Rice Field."

Mega Media and Vietnam Media previously joined forces to co-finance Binh’s "Song of the Stork" in 2002.

“I am extremely excited to be working with Binh once again after seven years. I believe that ‘The Immense Floating Life’ will change both the way we look at Vietnamese film, as well as the way we look at ourselves,” Mega Media managing director Jonathan Foo said in a statement.

We Distribution lined up four territories for its Chinese period thriller "Bodyguards and Assassins."

Showbox has sold multiple territories for its ski comedy "Take Off." Amuse Soft Entertainment bought Japan, Catchplay snagged Taiwan, Horizon will release it in Turkey and One Dollar Distribution picked up China, Hong Kong and Malaysia. "Take Off" has already earned $60 million in South Korea.

Fortissimo Films and CJ Entertainment inked a deal that will allow CJ to distribute Fortissimo’s library of 250 titles on its television networks, video on-demand and digital platforms. The agreement also gives CJ first-look rights to distribute the South Korean company’s projects in theaters.

"The market over the years has become increasingly difficult to access," Fortissimo chairman Michael Werner said, according to ScreenDaily. "There’s a narrow window of opportunity, and we feel this gives us a chance to take advantage of it."