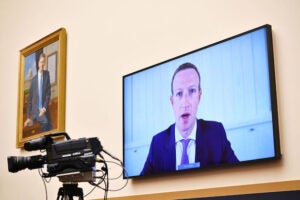 Why the FTC Has a ‘Tricky’ Antitrust Case Against Facebook

Even after HBO’s biggest hit ever, “Game of Thrones,” came to an end last year, the premium network is still going strong with hit shows like “Watchmen” and “Insecure.” That’s thanks in large part to Francesca Orsi and Amy Gravitt, the programming heads tasked with leading HBO into a new era.

Orsi and Gravitt joined TheWrap Editor-in-Chief Sharon Waxman at the Hollywood Women Changemakers Panel presented by Cadillac, part of the Power Women Summit 2020. They discussed the meetings that led to HBO’s current lineup of Emmy-winning shows and the responsibility they feel to push for more inclusion at the executive and production level.

“It almost feels like a mandate, but as a female leader of a division…inclusion is absolutely critical,” Orsi said. “I can’t say it existed in times past, I’ve been at the company for a long time, but now and moving forward, everyone has a seat at the table.”

Orsi is executive vice president of HBO’s drama programming and was involved in the meetings with “Watchmen” showrunners Damon Lindelof and Misha Green that brought the show to the network. Though it was developed years before the resurgence of Black Lives Matter, it didn’t surprise Orsi that the series ended up feeling so timely both at the time of its broadcast and as the George Floyd protests unfolded.