Crystal Bourbeau, an international sales executive who just exited Solstice Studios in a round of layoffs, has landed at Stuart Ford’s AGC Studios as its new president of worldwide sales and distribution.

Reporting to Ford, Bourbeau will oversee the domestic and international sales and distribution activity of the studio’s film and television slate. Bourbeau will also be involved in AGC’s acquisitions, which in 2021 has seen the independent content creator involved in 24 active feature film, scripted, unscripted and documentary productions. 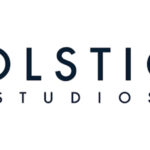 “Stuart has built an extremely impressive operation at AGC that has proven to be highly adaptable and home to a commercial slate,” Bourbeau said in a statement. “I admire the entrepreneurial spirit that is at the core of his outfit and I’m thrilled to be a part of such an ambitious team.” 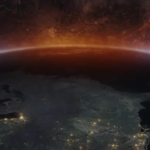 Prior to Solstice, Bourbeau was EVP of international sales and distribution for Lionsgate, where she spent a decade responsible for their licensing and distribution initiatives and building Lionsgate’s global distribution infrastructure.  Bourbeau was instrumental in the foreign sales of more than 100 films at Lionsgate, including the “Hunger Games” franchise, “La La Land” and the “Saw” franchise. She also assisted in managing Lionsgate’s third-party sales business with producers such as Black Label Media, Participant Media, Thunder Road Films, Alcon Entertainment and River Road Entertainment.

AGC most recently released the Kristen Bell comedy “Queenpins” via STX and Paramount+ and Neill Blomkamp’s “Demonic” through IFC Midnight. They’re a partner on Roland Emmerich’s “Moonfall” starring Halle Berry and Patrick Wilson for Lionsgate, which is in post-production now. They’re also in post on “The Perfect Find” starring Gabrielle Union for Netflix and in pre-production on “Little America” starring Sylvester Stallone.