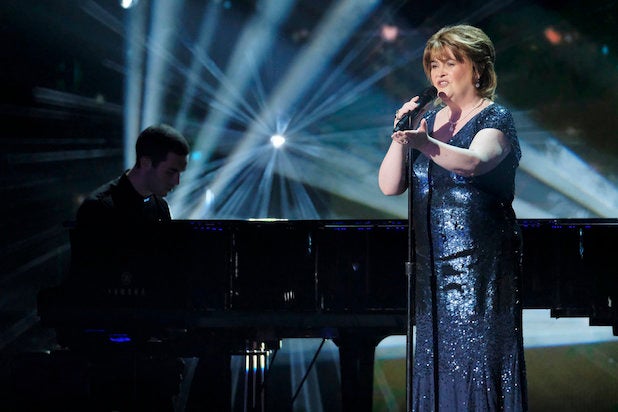 The debut of NBC’s “AGT: The Champions” dumped ABC’s “The Bachelor” season premiere on Monday, when the talent show actually pulled in more viewers than last week’s big “Masked Singer” start. Fox’s bizarre singing competition did much better among viewers 18-49, however.

The “AGT” spinoff opened to a 1.8/7 demo rating/share and 9.9 million viewers. Last Wednesday’s “Masked Singer” rose its curtain to an initial 2.9 rating and 9.2 million viewers. Those eventually ticked up in final “live” viewership data from Nielsen, and set new records for delayed-viewing growth.

NBC was first in ratings with a 1.6 rating/6 share in the advertiser-coveted 18-49 demographic and in total viewers with an average of 8.6 million, according to preliminary numbers. Following the two-hour “America’s Got Talent” spinoff from 8-10, “Manifest” at 10 p.m. posted a 1.1/4 and 5.9 million viewers.

ABC was second in ratings with a 1.5/5 and in viewers with 5.1 million. Those were all “Bachelor” numbers, with the rating tying the previous season-premiere low for the dating competition. The overall audience set a new low for a Bachelor’s start.

CBS was third in ratings with a 0.7/2 and in viewers with 4.3 million, airing all reruns.