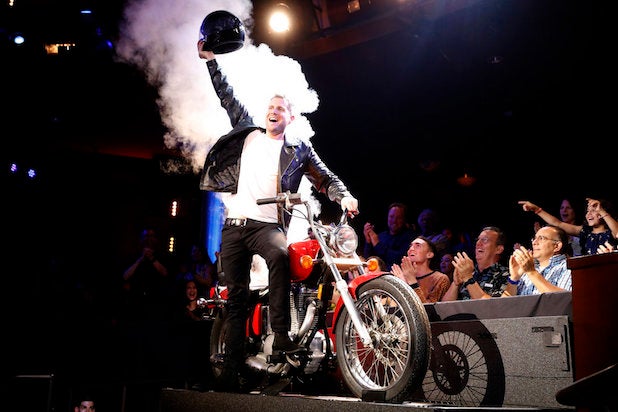 “America’s Got Talent” was once again America’s Tuesday sweetheart, carrying NBC to an easy win in both the all-important adults 18-49 range and total viewers, according to overnight numbers from Nielsen. However, the program has seen better primetimes than last night’s, which took a little hit in both measures.

Meanwhile, ABC came in second place in the key demo thanks to another steady “Bachelor in Paradise,” but lost the runner-up trophy in viewers to CBS, a network that only aired encores.

CBS and Telemundo tied for third in ratings, both with a 0.5/2.

CBS was second in viewers with 5 million, filling its primetime block with drama encores.

Telemundo was fifth in viewers with 1.4 million.

Fox and Univision tied for fifth in ratings with a 0.4/2.

Also Read: Ratings: NFL on Fox Overrules NBC's 'Trial and Error' Finale - and Everything Else

Fox was fourth in viewers with 1.5 million, airing repeats of “Beat Shazam” and “Love Connection.”

Univision was sixth in viewers with 1.2 million.