Jonathan Goodwin, an escape artist competing on NBC “America’s Got Talent: Extreme” was nearly killed after a daredevil stunt he was attempting to pull off went horribly wrong.

“During a rehearsal last evening for ‘America’s Got Talent: Extreme,’ an accident occurred in which escape artist Jonathan Goodwin was injured while performing his act,” a spokesperson for the show said in a statement. “He was responsive and was immediately taken to the hospital where he is continuing to receive medical care.  Our thoughts and prayers go out to him and his family as we await further updates on his condition.”

According to TMZ, which first reported the news, Goodwin was performing a stunt where he was supposed to free himself from a straightjacket after being suspended 70 feet in the air (he was held by his feet). After freeing himself, he was to drop onto an air mattress and fall in between two cars that were swinging in the air. 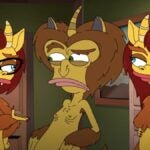 But Goodwin apparently got sandwiched in between the cars, and the impact caused the cars to explode and fell to the ground and hit his head, according to the report. He was initially believed to be dead, but was responsive after being airlifted to a hospital. His current condition is unknown.

The “AGT” spinoff, which does not yet have a premiere date, “will showcase the most outrageous, unique and jaw-dropping acts of enormous scale and magnitude that simply cannot be confined to a theater stage.” Per NBC, “Each week contestants will go head-to-head in the most wild, intense and often times beautiful performances to vie for a $500,000 prize and the ultimate title, the champion of ‘America’s Got Talent: Extreme.’”

Goodwin had previously performed on the flagship “AGT” in 2020.