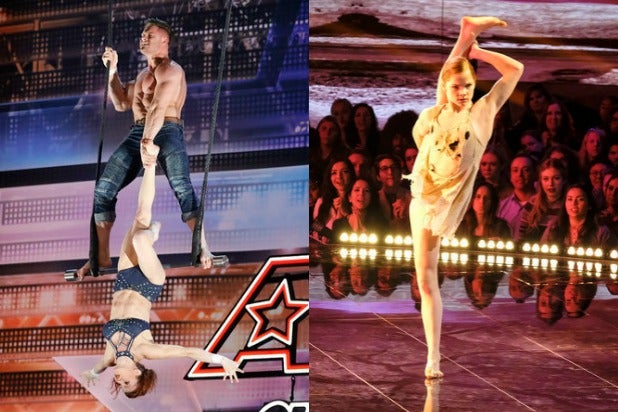 Well, that was quite a pileup. NBC dominated another Tuesday night with “AGT” and “World of Dance,” when Fox was one-tenth of a Nielsen ratings point away from causing a five-network tie for second place.

Thankfully, “Beat Shazam” did decently, and Fox ended up alone at No. 2 in the key 18-49 demographic. CBS, ABC, Univision and Telemundo all tied for third in the demo — The CW came in last.

Also Read: Chris Hardwick: How Big a Ratings Draw Is the AMC and NBC Host?

CBS, ABC, Univision and Telemundo all tied for third in ratings with a 0.5/2.

ABC was third in viewers with 2.4 million. The broadcaster’s primetime block was filled with repeats, except for a fresh episode of “The Last Defense” at 10, which had a 0.5/2 and 2.5 million viewers.

Telemundo was sixth in viewers with 1.3 million.