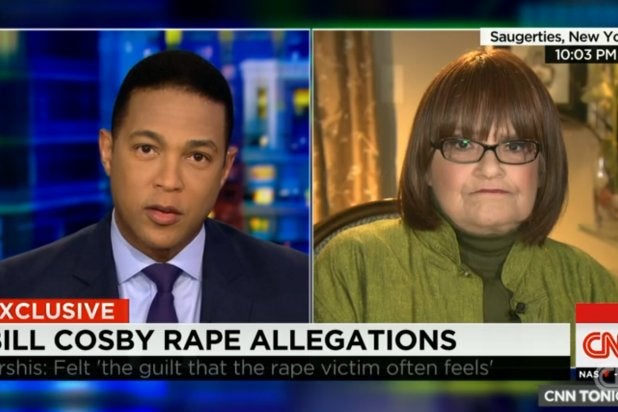 “I really just want to hear their stories…to see them all in the same room together,” Lemon told TheWrap Monday.  “Unfortunately they are a part of a club of which they’d rather not be. I wanted to see their interactions with each other and if each of them gained a degree of empowerment as they separately told their stories.”

Lemon has been one of the leading TV news anchors covering the growing number of women coming out and accusing the legendary comedian of drugging and raping them.

He came under fire last month from critics for asking one of the accusers– Joan Tarshis–an awkward question about her giving oral sex to Mr. Cosby.

“You know, there are ways not to perform oral sex if you didn’t want to do it,” Lemon said to her when she appeared on CNN. Lemon later apologized if he offended anyone.

“We had planned just a few segments with them. But after we taped the interview, we decided to make their stories the bulk of the special,” Lemon added.

“I promise you’ll be riveted. I was. The new details are too many to mention. You have to watch,” Lemon teased.