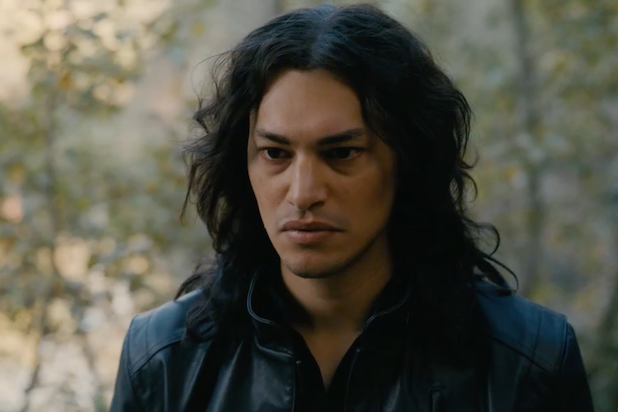 “American Horror Story: 1984” ended Wednesday night with a finale that closed the story of Camp Redwood and left the dream of the ’80s to live on forever. If you liked the ninth and final episode of Season 9 (and even if you didn’t ) we have a fun fact for you about its making: “AHS” star Zach Villa, who played the Night Stalker a.k.a. Richard Ramirez, says he didn’t get the finalized script for the episode until two weeks before it aired on FX.

“I know that the creators knew [how it was ending], I knew we were in good hands,” Villa, who was a newcomer to the franchise this season, told TheWrap. “But I didn’t see the final, final script until, I’m gonna say, like– we wrapped a week and four days before the episode aired and I remember that we shot it in basically a week — I’d say like two weeks and a couple days, maybe, before the episode actually aired, I saw the full script.”

Villa starred along “AHS” alums like Emma Roberts, Billie Lourd, Cody Fern, Leslie Grossman and John Carroll Lynch on “1984,” as well as other newbies like Gus Kenworthy, DeRon Horton, Matthew Morrison and Angelica Ross. And being one of the freshman on this year of Ryan Murphy and Brad Falchuk’s FX anthology series meant Villa learned firsthand how secretive the show is and how quickly they turn things around.

Also Read: A List of Things That Happened in 'AHS: 1984' That Didn't Make Any Sense at All

“Part of it is, I think, they’re trying to get the right sauce from the writers’ room, as they should,” he said. “They have that privilege to really analyze, ‘Oh, eight episodes have been out so far, how do we put a really good nail in the coffin, so to speak, and bring it home? I think as a writer you have to reserve your right to change your mind up until the last second, especially if it’s not the right choice. So luckily there are enough people that it goes through before you’re like, ‘Oh OK, this is the thing we’re gonna do,’ and everybody decides. So I think it was in their best interest, ultimately, to hold it.”

“But, yeah, I was a bit panicky and I think the rest of the cast were definitely like, ‘Oh my gosh, how do we do this?’ Like, we’re getting lines and scenes the day before we shoot them and sometimes day of, if there were any major revisions, which did happen a couple times,” he continued. “In fact, I remember the first draft of the finale only came in two parts and there were four acts. And so we didn’t even get– like, we started getting half scripts because they knew that we needed to start working on something. But I think that’s just par for the course for ‘American Horror Story’ and I think there is spontaneity that happens in that pressured timetable. So all the performers are used to it by Episode 9 of the season and we just kind of roll with the punches and make brilliance on the fly. You do what you have to.”

Also Read: 'American Horror Story: 1984' - Here Are the Biggest Questions We Have Before the Season Finale

As for the actual finale and how it turned out, Villa says he thought it was fitting.

“Well, there’s obviously tragedy along the way,” he said. “But Bobby [played by Finn Wittrock] does live and I guess that is happy. There’s just a lot of violence and murderous intrigue leading up to that. I was really happy and very surprised that they actually went [the happy ending] route. And seeing it on screen, as Finn — the actor who plays Bobby — was running away from the camp is empathetic. And set to the ’80s soundtrack I was like, ‘Oh, I understand why they did this.’ Like, this feels like the end of a very twisted, f–ked up ‘Breakfast Club.’ It was the right balance of nostalgia and drudgery that I think the season needed.”

As of right now, “American Horror Story” has been renewed through Season 10 by FX and Villa says he’s told Murphy he’s “happy and available to come back” and just “waiting for the phone call.”

“It’s blocked off in my schedule,” he said. “I’m there’s if they want me and I’m just waiting for their confirmation. I’d love to come back and have a different relationship with the cast and crew. And obviously the creators know my work in a different way now, so it will be a different kind of party on Season 10, for sure.”