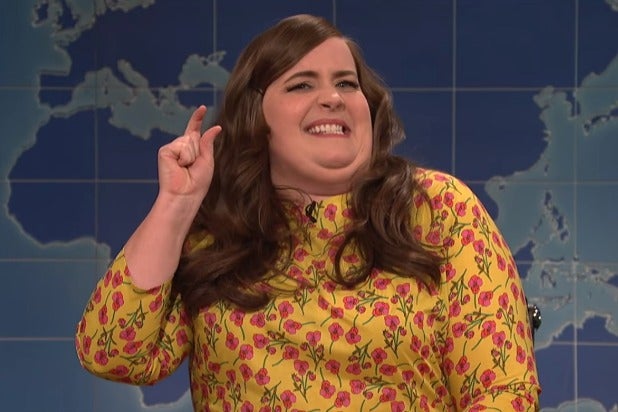 “Shrill” is an adaptation of Lindy West’s memoir “Shrill: Notes From a Loud Woman.” West’s — a comedian and blogger — book is about of a fat young woman who wants to change her life, but not her body. Banks first optioned the TV rights for “Shrill” back in December 2016.

Creators West, Bryant and Ali Rushfield penned the script for the comedy, which will be produced by Andrew Singer for Michaels’ Broadway Video banner (but will be produced outside of the “SNL” boss’ home at Universal Television). Banks and Max Handelman will also executive produce via Brownstone Productions under their deal with Warner Bros. Television.

And don’t fret, Lil’ Baby Aidy fans: Bryant will remain on “SNL,” an insider at the sketch-comedy show tells us.