This story about Aidy Bryant first appeared in the “Race Begins” issue of TheWrap’s Emmy magazine. It is one in a series of conversations about the effects of the coronavirus on the TV industry.

Aidy Bryant’s spring and summer was pretty much laid out for her: She was going to finish her eighth season as a cast member on “Saturday Night Live,” then go straight into writing, producing and starring in the third season of her Hulu series “Shrill.” But the coronavirus turned the last three episodes of “SNL” into “SNL at Home” productions, and had an impact on “Shrill” as well. The comedic actress described her balancing act.

Making the “SNL at Home” episodes must have been totally different than the usual experience there.
Totally upside down. There’s almost nothing similar other than the people. It was really like reinventing the wheel. I think our post supervision team deserves a golden crown for the rest of time. They were wrangling so many files that people were uploading. It was an incredible feat, but it was also really weird and hard.

What has the effect been on “Shrill?”
Normally we would have started writing in April and we would start shooting in early July. Because of this whole thing, everything got pushed. We start writing via Zoom on Monday (May 18), and shooting is TBD. I have a couple of possible schedules, but who knows when it’ll really be safe?

A TV writers’ room seems like a very intense environment to have to move to Zoom.
We’ve tried to make it so it’s not like an eight-hour day in front of your Zoom. We meet, we talk, we split off and do assignments, then come back and present them. And we also have some plans to split the room into groups of two or three, so it’s not insanely draining. Sitting in front of the computer becomes this inactive experience, and the writer’s room is really engaging. It’s hard to keep that same kind of energy up on Zoom.

Did you always have the goal of your character, Annie, hitting reset on her love life at the end of the season?
Yeah. That was probably the thing we talked about the most in the writers’ room and with Hulu. It was really important that it be representative of most young women’s experiences. Even once you find your own internal confidence on some level, the last place that a lot of young women find their confidence is in their romantic relationships. They feel like they still deserve so little in that space, despite being really strong in their work life or their friendships or their family. So we wanted to show how miserable that psyche is and how long it takes to wake up from that.

But also, we had more real estate. The second season was eight episodes. The first was only six. In the first season, we had to stay within these tight confines of “let’s just make this a character study,” basically. And it felt like a nice challenge to go wider in the second season. 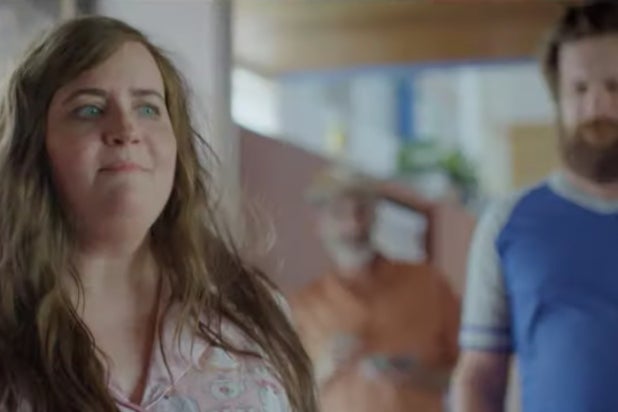 Are you planning to do that again in the third season?
Yes, Season 3 will be eight episodes again.

Which could be tricky if it’s being pushed back.
That’s for dang sure. There’s a lot of uncertainty about how it will go down. I’m trying not to be like, “Oh, my gosh, how am I going to do this?” At some point it’s going to become clear what the answer is, you know?

You have two jobs, and one of them goes for much of the year and is all-consuming. Does all of this uncertainty change your thoughts about staying with “SNL” versus having the time to do what you want to do with “Shrill?”
It’s definitely something to think about. At the same time, though, as much as I feel like, “Oh, gosh, ‘SNL’ takes a lot from me,” it also has given me everything. And also, at least for me, doing these shows at home was really fun, but it doesn’t feel like normal “SNL.” There’s just a quality there that’s magical. So I don’t know at this point.

As you plan for the next season of Shrill, are you worried about crowd scenes? Sex scenes? Craft services?
We’re having all kinds of phone calls about that with Warner Bros., definitely. We’ve made a list of stuff, which includes potentially using our sets more than we use locations, trying to keep things in a controlled space, less guests, less crowd scenes, those kinds of things. I think that’s going to be a reality.

But also, “SNL at Home” is a good example of how sometimes those restrictions create creativity, you know? Suddenly you have to work within weird parameters, and you start thinking out of the box.