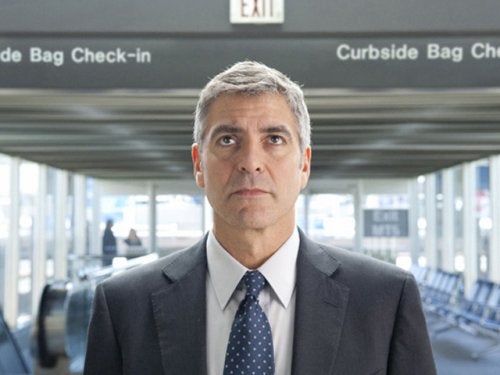 The DVD and Blu-ray for "Up in the Air" will hit stores on March 9, just two days after the Oscar ceremony, Paramount announced on Monday. The George Clooney comedy earned six nominations, including nods for best picture, director, and actor.

Should the recesion era movie triumph over frontrunners "Avatar" and "The Hurt Locker" and hit it big on Oscar night, it will clearly be following the precedent set last year by "Slumdog Millionaire," which hit DVD a few weeks after it snagged a Best Picture statuette.

As the Toronto Sun notes, however, "Slumdog" also managed to add $17 million to its theatrical tally in the week immediately following the Oscars, so "Up in the Air" could be missing out on a chance to pad its box office take.

The DVD will include commentary by director and co-writer Jason Reitman, director of photography Eric Steelberg and first assistant director Jason Blumenfeld, as well as deleted scenes and a featurette entitled “Shadowplay: Before the Story”. In a nice frequent-flyer plug, the Blu-ray will include something being billed as an American Airlines prank.