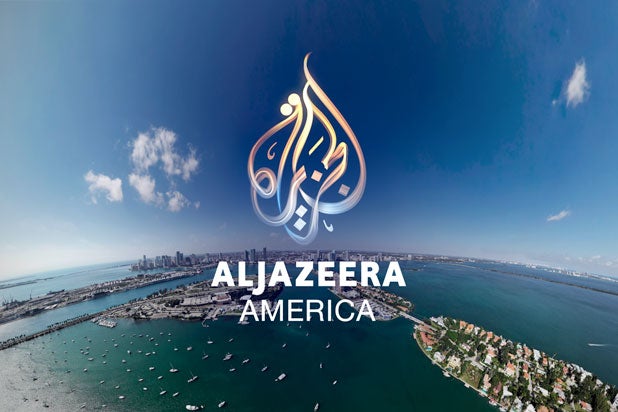 Flailing news network Al Jazeera America has been sued for $15 million by a former employee who claims discrimination by a manager.

Matthew Luke, who started when the network launched in 2013 as a media supervisor, filed a suit in New York State Supreme Court Tuesday saying his former manager Osman Mahmud, senior VP of broadcast operations, pulled female employees from projects, excluded them from emails and meetings and made anti-Semitic and anti-American remarks.

“Whoever supports Israel should die a fiery death in hell,” the suit claims Mahmud said. Keys claims that soon after he brought the charges to human resources he was fired.

The suit lists an example in November, 2014 in which Mahmud decided to fire an editor with the evening show “America Tonight.”  When the female executive producer of the program expressed concerns over the dismissal, Mahmud became contentious, says the lawsuit.

“Mr. Mahmud became combative and then dismissive of the Executive Producer even though she outranked him at the Company,” the suit said.

Mahmud denied claims from the lawsuit in an interview with The Washington Post Tuesday.

“I have never mentioned words that you put in your e-mail,” he said, referring to the alleged anti-Israel comments. “I have never even thought of that at all.”

“This is a pack of lies, completely,” he continued, claiming Luke is actually “aggressive” and prone to yelling at people.

“He’s an aggressive person. He yells at you. He wants to have the plan according to his way of working,” Mahmud said.

Amid the lawsuit come reports of dysfunction at the network, as it lays off staffers and thins out its U.S. operation. As TheWrap reported in October, Al Jazeera’s ratings were down 50 percent from its predecessor, Current TV.

“Al Jazeera America does not comment on pending litigation,” a spokesperson told TheWrap. “The company takes these matters seriously and will respond in the appropriate forum. Al Jazeera America’s commitment to diversity and inclusion is fundamental to its mission, and is boldly reflected throughout the company: in its staff, its leadership and its programming.”