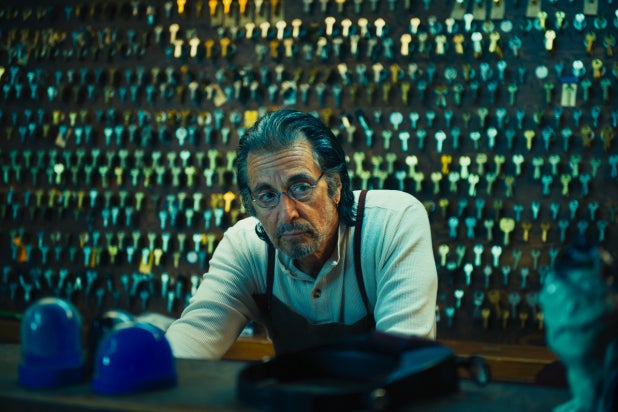 Pacino stars as reclusive small-town locksmith Angelo Manglehorn, who has never quite recovered from losing the love of his life. Fixated on her memory, he feels closer to his beloved cat than those around him and prefers to find comfort in his work and daily routine. As he establishes a cautious friendship with a kindhearted woman (Hunter) from the local bank, he finds himself at a crossroads between remaining consumed by the past and embracing the present.

“This film is a testament to David’s ability to bring out both the humor and melancholy of everyday life,” said Jonathan Sehring, president of Sundance Selects/IFC Films. “This is his most mature, introspective work to date, and Pacino shines in a touchingly restrained performance.”

“Working with actors like Al Pacino and Holly Hunter was an amazing experience. We wore our heart on our sleeve making the movie and found the perfect home with IFC Films who have released so many inspiring and innovative films. I’m thrilled to be working with their team,” said Green.

“Al Pacino gives a profound performance in keeping with his legendary career and it was an honor to work with him on such a special film,” added producer Molly Conners of Worldview.

The deal was negotiated by Arianna Bocco, senior VP of acquisitions from Sundance Selects/IFC Films with Cinetic Media and CAA on behalf of the filmmakers.