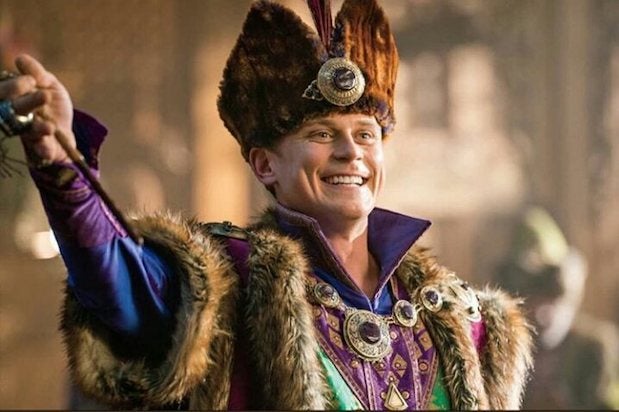 Make way for Prince…Anders? A spinoff film based on Disney’s live-action remake of “Aladdin” is headed to Disney+, and Billy Magnussen, who played Prince Anders in the remake, will star in the project, an individual with knowledge of the project told TheWrap.

Magnussen was one of the smarmy, wealthy princes who visits Agrabah to try and win Princess Jasmine’s (Naomi Scott) heart, and though his role was small, the rising star proved to be a scene-stealer in the film.

Jordan Dunn and Michael Kvamme are attached to write the script for the untitled film that’s considered in early development at Disney+. Magnussen would reprise his role in the film, though the movie is not intended to be a sequel to “Aladdin.”

Dan Lin and Jonathan Eirich, who produced the “Aladdin” remake,” are attached as producers via their Rideback banner, and Rideback’s Ryan Halprin will executive produce. Magnussen also approached the producers with an idea for the film and was involved with meeting with potential writers.

The “Aladdin” remake grossed over $1 billion worldwide for Disney since its release in May.

Magnussen will next be seen in “No Time to Die,” the 25th James Bond movie, as well as the prequel film to “The Sopranos,” “The Many Saints of Newark.” He’s represented by WME and Anonymous Content. Dunn and Kvamme are represented by Verve.

THR first reported the news of the spinoff film.