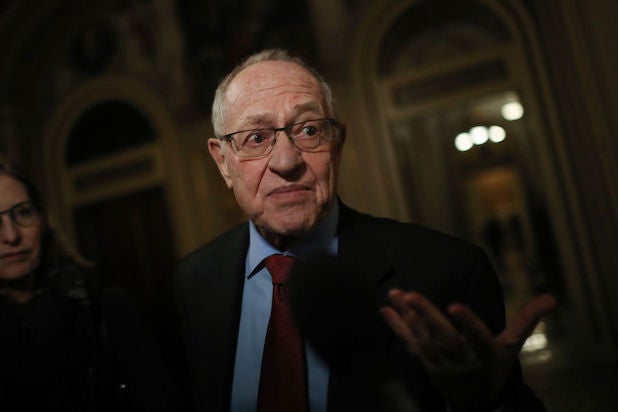 Alan Dershowitz filed a $300 million defamation lawsuit against CNN on Tuesday, arguing that the network spread a “false narrative” by reairing a clip of his comments during Trump’s impeachment trial that omitted a portion of his statement.

“Following the airing of that clip over and over again, the hosts, together with their panel guests, including CNN employees and paid commentators, exploded into a one-sided and false narrative that Professor Dershowitz believes and argued that as long as the President believes his reelection is in the public interest, that he could do anything at all – including illegal acts – and be immune from impeachment,” the lawsuit said. “The very notion of that was preposterous and foolish on its face, and that was the point: to falsely paint Professor Dershowitz as a constitutional scholar and intellectual who had lost his mind.”

The commentary from Dershowitz, in which he spoke as a member of Trump’s defense team about what would constitute an unlawful “quid pro quo,” took place on the Senate floor during the impeachment trial in January.

Also Read: Trump Says TikTok and Oracle Are 'Close to a Deal'

The lawsuit argued that because CNN focused on the latter half of his statement in clips that the network reaired, CNN defamed Dershowitz by portraying him as someone who believed “that the President of the United States could commit illegal acts as long as he thought it would help his reelection and that his reelection was in the public interest.”

The suit is seeking $300 million in compensatory and punitive damages, as well as a jury trial. A spokesperson for CNN declined to comment.