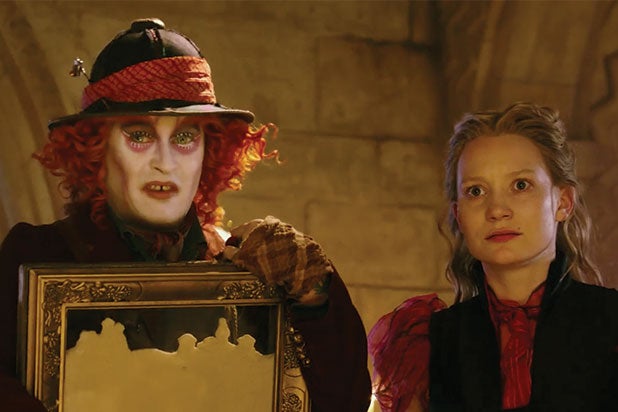 Alan Rickman‘s voice lives on as he narrates the new teaser for “Alice Through the Looking Glass,” the late British actor’s final film role

“You’ve been gone too long, Alice,” Rickman said as the teaser began for the sequel to Tim Burton‘s 2010 blockbuster “Alice in Wonderland.”

The video, released Tuesday, showed various clips of Alice (Mia Wasikowska) falling through the sky and encountering strange characters such as the Queen of Hearts (Helena Bonham Carter) and Time himself (Sacha Baron Cohen).

Rickman, the British film and theater veteran, died on Jan. 14 of cancer. He was 69.

He reprised his role as Absolem the Caterpillar in “Alice Through the Looking Glass,” which is directed by James Robin from a script by Linda Woolverton.

Tim Burton directed the 3D original movie, which brought in $1.02 billion at the global box office. He returns as a producer.

It's about Time. See Alice Through the Looking Glass in theatres May 27. ????https://t.co/CZrGJEEmeu