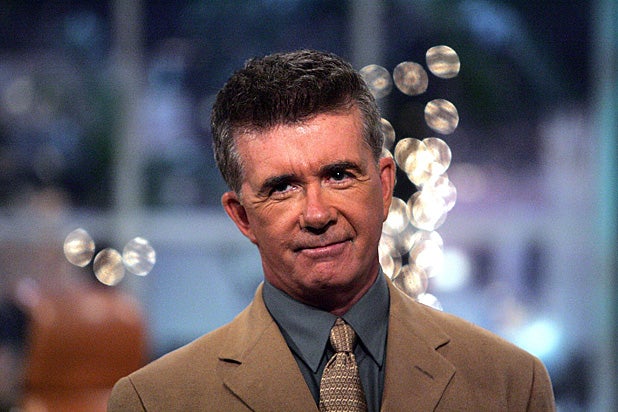 Alan Thicks’s sons dreams of becoming marijuana barons went up in smoke, leading to a nasty legal battle with their father’s widow. Or at least, that’s what her lawyer claimed Friday.

In a statement to People, Tanya Callau’s attorney, Adam F. Streisand, said that the “Growing Pains” star’s offspring sought to turn Thicke’s Carpinteria, California, ranch into a “massive pot plantation” — and when Callau shot the idea own, they filed a “bogus lawsuit” against her.

Also Read: Alan Thicke's Sons Say His Wife Threatened Them With Bad Publicity for More of His Estate

“Since Alan died, his sons have been haranguing her to let them turn America’s dad’s homestead into a massive pot plantation,” Streisand said. “When she said no, they filed this bogus lawsuit and smeared her in the tabloids.”

Streisand added, “They’re just trying to bully a woman whose only crime is loving their father with everything she had for 17 years.”

In legal papers filed earlier this week, Robin and Brennan Thicke, the co-trustee of their father’s living trust, claimed that Callau threatened them with bad publicity in order to strong-arm them into ceding a bigger chunk of Thicke’s estate to her.

In the papers, the Thickes say that Alan amassed most of his assets prior to marrying Callau in 2005, and that Callau signed a prenup prior to the union.

The papers assert that Thicke “generously provided” for his children and Callau, the actor’s third wife. According to the petition, Thicke left Callau all of the furnishings from his Carpinteria, California, ranch, as well as 25 percent of his personal effects, a $500,000 life insurance policy, all of his death benefits from his pensions and union memberships and a 40 percent of his remaining estate.

Thicke also said that Callau could live at the ranch, provided she maintain the property and covered expenses, according to the papers.

However, a petition filed in Los Angeles Superior Court on Tuesday asserts that Callau now claims that her prenuptial agreement with Thicke is invalid, and that she’s resorting to “avarice and overreaching.”

“Now that Alan is dead, Tanya claims there are numerous problems with the Trust and the Prenuptial Agreement. According to a letter from her attorney, Tanya asserts that there is no chance the ‘Prenup’ could withstand legal challenge and that she has very significant community rights in the Trust’s assets and rights of reimbursement with respect to improvements to the Ranch,” the petition reads.

The petition adds that Callau claims that Thicke promised to leave the ranch to her, and has “also threatened to make her claims fodder for ‘tabloid publicity’ unless the Co-Trustees agreed to participate in a mediation and succumb to her demands.”

Thicke died in December 2016 at age 69, after collapsing while playing hockey with his son Carter.

The petition is seeking instructions “regarding the assets comprising the Trust and effect of its terms including the effect of the Prenuptial Agreement and Tanya’s challenge to the validity of such Agreement with respect to the distribution of the Trust estate.”