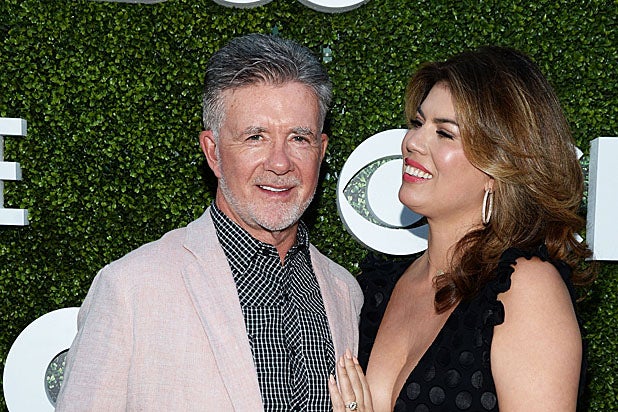 Score one for Alan Thicke’s widow.

Deceased “Growing Pains” star Thicke’s widow was given a legal victory in her ongoing battle with Thicke’s sons Robin and Brennan, according to court papers obtained by TheWrap.

On Thursday, a judge tossed out the Thicke sons’ petition asking that Tanya Callau Thicke be blocked from challenging the prenup she entered into with Thicke. according to court papers obtained by TheWrap.

Callau Thicke, who married Thicke in 2005, asserted in legal papers filed in July that she had made no move to contest the prenup.

However, the petition was dismissed without prejudice, meaning that it can be filed again later.

In May, Robin and Brennan Thicke, the co-trustees of their father’s living trust, filed explosive legal papers, claiming that Tanya threatened them with bad publicity in order to strong-arm them into ceding a bigger chunk of Thicke’s estate to her.

In the papers, the Thickes say that their father amassed most of his assets prior to marrying Tanya in 2005, and that she signed a prenup prior to the union.

The papers assert that Thicke “generously provided” for his children and Callau Thicke, the actor’s third wife. According to the petition, Thicke left Tanya all of the furnishings from his Carpinteria, California, ranch, as well as 25 percent of his personal effects, a $500,000 life insurance policy, all of his death benefits from his pensions and union memberships and a 40 percent of his remaining estate.

Thicke also said that Tanya could live at the ranch, provided she maintain the property and covered expenses, according to the papers.

Also Read: Alan Thicke's Sons Say His Wife Threatened Them With Bad Publicity for More of His Estate

However, the petition asserted that Tanya now claims that her prenuptial agreement with Thicke is invalid, and that she’s resorting to “avarice and overreaching.”

In her July filing, Callau Thicke accused Robin and Brennan Thicke of smearing her in the press by filing a petition that was unnecessary.

“A read of this pointless and unnecessary petition also clearly shows it is written for the press, not this Court,” the filing read. “Now that the Co-Trustees have had their chance to smear Tanya in the tabloids, whose only crime was loving Alan with everything she had for 17 years, it is time to dismiss this petition, because it is preemptive of nothing.”

Tanya accused the Thickes of leaking the petition to the press simultaneous to filing it, to create the impression that she was contesting the prenuptial agreement she signed with the “Growing Pains” star, when in fact she has never attempted to do so.

“In addition to the fact that Alan’s sons chose to smear Tanya in the press claiming that she had the nerve to challenge the prenup, even though she never did so, they also falsely claim that Tanya threatened to go to the tabloids,” the filing read. “The exact opposite is the truth, which is all that Tanya will say since none of this should have appeared in any court filing (again, intended for the press, rather than the court).”

Thicke died in December 2016 at age 69, after collapsing while playing hockey with his son Carter.