It was recently announced the popular mega-selling comic series will return with a 10th installment after a 20-year hiatus. 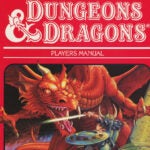 Set in an arcane punk world, “Battle Chasers” follows a rag tag group of heroes: a disgraced, heartbroken swordsman, a cynical thief, a cranky wizard, a war machine with a kind heart, and a young girl whose missing father left her a pair of powerful magic gloves well beyond her capabilities. They must come together, despite their many, many differences, to stop a dark force rising in the land.

“I could not be more excited to bring Battle Chasers to the world in this way, I connected deeply to this material 20 years ago when I first picked up the Joe’s comic book and so to be part of bringing this exciting material to a new audience is thrilling to say the least,” Roberts said in a statement to TheWrap.

Askarieh added: “Being part of the team that finally brings Joe’s ‘Battle Chasers’ to the screen has been a 20-year dream of mine. I am thrilled that Joe has entrusted Derek, Zoic, myself, and now our partner, Alcon, with this rare and exciting opportunity.”

Peristere added: “‘Battle Chasers’ was the dream when we launched Zoic Pictures. Great material from Joe, fantastic partners in Derek, Adrien and Alcon, all while leveraging the latest tool sets from our Real Time Group to the end of making great stories. That, plus simply being a fanboy, I couldn’t be more pleased.”

Kolstad added: “As a storyteller — as well as a super fan of unapologetic and unrelenting action — I can’t wait for people to feel as giddy as I did when I first laid eyes on ‘Battle Chasers.’ The world which Joe has created here, coupled with the characters therein, is both unique and yet familiar. Adapting this for the small screen is gonna’ be a joy.”

Madureira added: “As a huge fan of John Wick, you can imagine my excitement when Adrian and Derek reached out about turning ‘Battle Chasers’ into a show. It’s not something I ever thought could happen, and I’m blown away to have this opportunity with so many talented folks, including Alcon and Zoic, behind it. Everyone involved seems to genuinely love the series, so I know it’s going to be great.”

Kolstad is repped by APA, Circle of Confusion, and Behr Abramson Levy. Madureira and Airship Syndicate are repped by CAA. Askarieh is repped by Peter Grossman. Zoic Pictures is repped by Hillary Bibicoff.