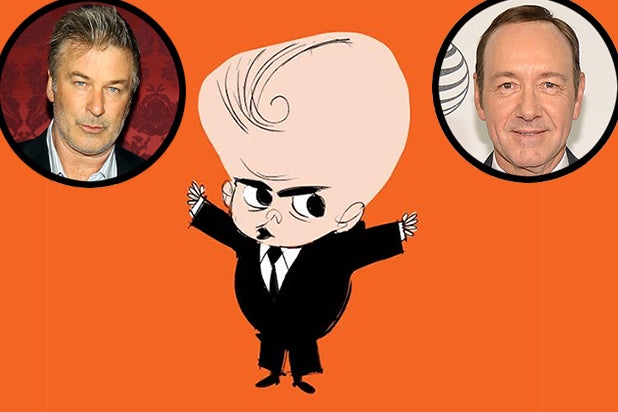 Alec Baldwin and Kevin Spacey will face off as the voices of DreamWorks Animation’s latest film, “Boss Baby,” the studio announced Tuesday.

Baldwin voices the new baby welcomed into a family that already includes a seven-year old named Tim. As Tim seeks to win back the affection of his parents, he uncovers a plot by the evil CEO of Puppy Co. (voiced by Spacey) to take over the world, and discovers that his new baby brother is actually an undercover executive.

The two must come together as true brothers to stop the dastardly scheme, save their parents, restore order to the world, and prove that love is indeed an infinite force.