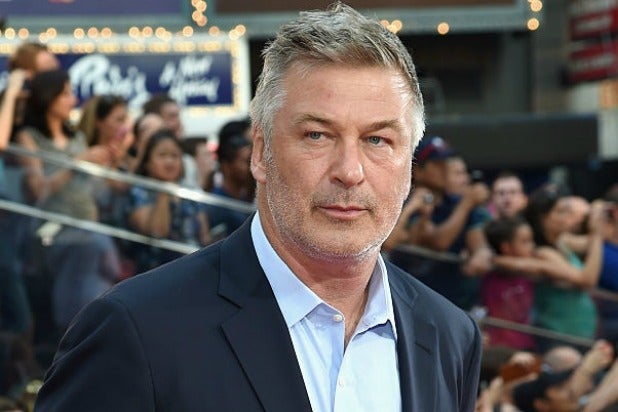 “This is just more trolling from her,” said Baldwin, who mockingly portrays Trump on “Saturday Night Live.”

Baldwin’s lack of interest in running against Trump doesn’t mean he thinks the president is good at his job: He said comedian Carrot Top would be a better president than the current commander in chief.

One reason Baldwin won’t seek the White House in 2020? “My wife would kill me,” he said.

We reached out to Baldwin for comment after Coulter told us — during an interview to promote her book, “Resistance Is Futile” — that Baldwin had all the right qualities to challenge Trump.

“I think the strongest opponent to Trump would be Alec Baldwin,” Coulter said. “You need someone with shocking charisma to go up against Trump. “I think he has it.”

While Baldwin has no political experience, that didn’t stop Donald Trump from winning the White House. And Baldwin has flirted in the past with the idea of running for office.

Coulter didn’t go as far as saying she would vote for Baldwin: She supported Trump in 2020 and said she likely would again.

Coulter insisted during the interview that she wasn’t trolling.

“If I were trying to scam you guys, I’d say it’s really unfair Hillary got more votes, you should run her again,” she said through laugher.

Coulter added that she has always liked Baldwin, personally, though they barely know each other. She said that she felt for him when a voicemail was leaked in which he called his daughter, who was 11 at the time, a “rude, thoughtless little pig.” Ireland Baldwin had missed a scheduled phone call with her father.

“I was always on his side,” Coulter said. “I never joined in on Fox News when they went after him and I thought it was unfair, that horrible phone call he left for his daughter — and I know it sounded really bad but, boy, talk about invading somebody’s privacy.”