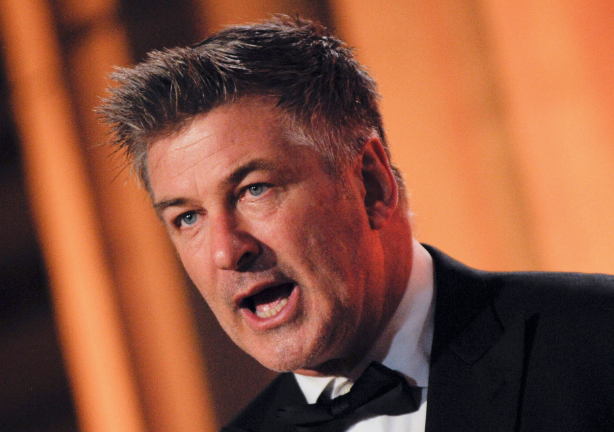 Alec Baldwin, the “30 Rock” star turned MSNBC host, said that the movies have become so derivative, audiences are staying home rather than heading to the theaters.

“Now people’s own lives are more interesting than what’s in the theaters,” Baldwin said during an interview at the American Magazine Media Conference in New York on Tuesday night.

He noted that 50 years ago, studio chiefs would have laughed someone off the lot if they pitched a superhero movie, but times have changed.

“They only want Spider-Man,” Baldwin told moderator David Remnick, the editor of the New Yorker.

During a wide-ranging discussion, Baldwin easily won over the crowd of magazine editors and publishing types with a mixture of candor and wit. He didn’t just turn a jaundiced eye towards Hollywood — he examined his own missteps as well.

In particular, he labeled his participation in the 2012 jukebox musical “Rock of Ages” a miserable experience and called the box office dud a “horrible movie.”

“It was a complete disaster,” Baldwin said, noting that he was convinced to do it because he liked the director Adam Shankman and a cast that included Russell Brand and Tom Cruise.

He quickly recognized he’d made a mistake.

He said an actor can tell when a movie is a turkey.

“The plane is buffeting, the engine is on fire,” Baldwin said.

The Emmy winner and Oscar nominee remains busier than ever, despite the rare cinematic disaster. Last spring he finished up seven seasons as the effortlessly smooth Jack Donaughey on “30 Rock” and had a well-received turn as a Bernie Madoff-like con in Woody Allen‘s “Blue Jasmine.” This month, he began hosting a talk show, “Up Late with Alec Baldwin” on MSNBC.

Remnick asked the actor, who has publicly flirted with the notion of entering politics, if there was anything left to check off on his bucket list.

“To become the editor-in-chief of the country’s foremost literary magazine,” Baldwin joked.