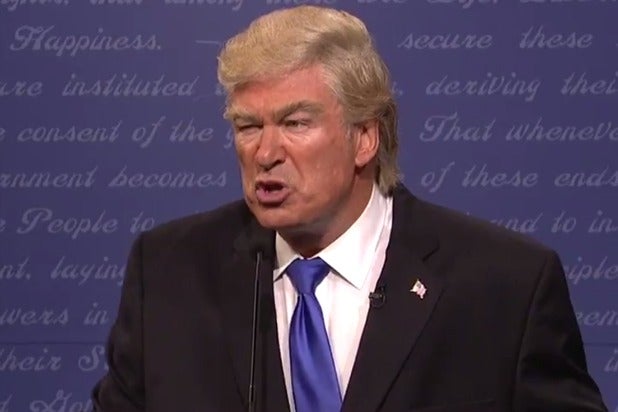 Alec Baldwin will reprise his Donald Trump impersonation tomorrow on “Saturday Night Live,” but don’t expect him to be an every-week player.

“I’m going to do it again this weekend, but not all that often,” he told Vanity Fair recently during the American Museum of Natural History’s annual gala, over which “SNL” boss Lorne Michaels presides.

Baldwin also explained why he didn’t do the actual Election Week episode: “There was a lot of things online that was said about it — like why didn’t I do it after the election? I was booked that weekend. Not even other jobs; we have things to do. It crashes every weekend.”

Also Read: Stephen and Alec Baldwin Had a 'Fun Conversation' Before Presidential Election

“When he does ‘SNL,’ it takes a big chunk out of it because you’re up so late, and then it eats into the next day,” Baldwin’s wife Hilaria added. “And for us, with little kids, it’s hard.”

There was no faux Trump on last week’s episode, which was hosted by Dave Chappelle, his first time at the helm. Kate McKinnon cold-opened the show alone as Hillary Clinton, performing the recently deceased Leonard Cohen’s “Hallelujah” in character, before offering words of support for a stunned nation.

Former cast standout Kristen Wiig returns to “Saturday Night Live” this weekend as host. Her musical guest is the xx.