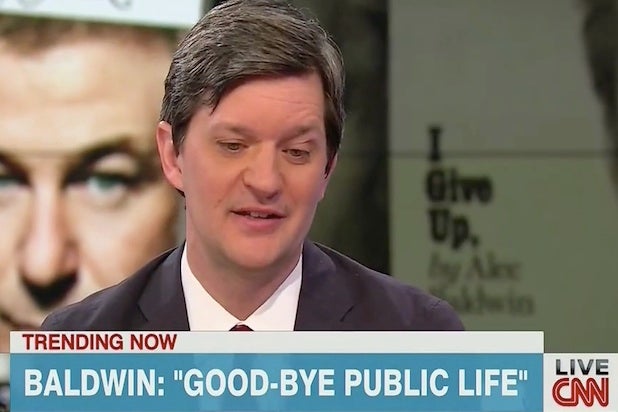 New York magazine’s Joe Hagan appeared on CNN’s “New Day” Monday and revealed the emotional whirlwind Alec Baldwin was going through when the actor conveyed his feelings to him in a controversial letter published in the magazine slamming MSNBC and various others.

“It came out of the blue,” Hagan explained. “It was very unusual actually, it was not through a publicist or anything like that– he just came to me… He genuinely wanted to understand what happened to the media — such that he arrived at this point where his career had been tarnished.”

“Basically, the whole story is him trying to understand what’s happened to him,”  Hagan said. “I would describe it as more like a guy who’s trying to break up with a girlfriend and it’s very painful for him. You know, this is a relationship he’s had for years. It’s had its ups and downs but now he’s done, he’s saying. He admitted it was a difficult process. It’s not easy for him to make a clean cut like this but he’s trying to.”

“That’s true,” Hagan conceded. “But I think he also wanted to settle some scores and have the public understand as he, you know, kind of a farewell letter. We’ll see if it’s an actual farewell about what happened to him.”