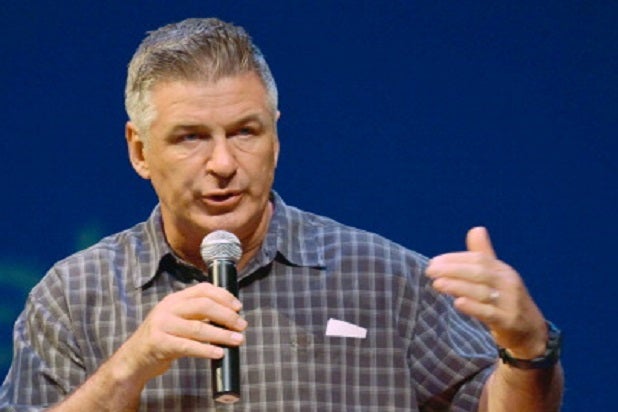 Alec Baldwin is leaving public life, but not before using a magazine cover story to rip apart everyone he feels has wronged him.

(Also, he’s not really leaving public life, because he’ll still act and do commercials and appearances, but that’s neither here nor there at the moment.)

In a blistering rant that covers this week’s “New York” magazine, Baldwin takes aim at those that he believes are responsible for a 2013 filled with blowups, which culminated in his making an alleged homophobic slur against a paparazzo. It led to the cancellation of his fledgling MSNBC talk show.

Here are Baldwin’s chief 11 targets (the entire article is at New York Magazine):

Anderson Cooper and Andrew Sullivan: Baldwin says the CNN anchor and leading blogger are leaders of the “Gay Department of Justice.” He later names Cooper “the self-appointed Jack Valenti of gay media culture.” Baldwin had already faulted Sullivan (and GLAAD) in November for his show’s cancellation.

Shia LaBeouf and Dan Sullivan: His collaborators on the ill-fated Broadway run of “Orphans,” at least until his disagreement with LaBeouf (who has “a jailhouse mentality wherever he goes,” Baldwin says) got the “Transformers” actor and plagiarist/performance artist fired. Baldwin also claims that Sullivan, who directed the play, two-timed him, and ultimately lost interest in “directing the show at all.”

MSNBC: Baldwin reserves much of his venom for the left-leaning cable news network, which he says was not a good fit for his talk show ambitions. Joe Scarborough, he says, is “neither eloquent nor funny,” while Mika Brezezinski, the “Morning Joe” co-host, is the “Margaret Dumont of cable news.” Rachel Maddow, the network’s star, is “a phony who doesn’t have the same passion for the truth off-camera that she seems to have on the air.” He also says MSNBC chief Phil Griffin “couldn’t give a flying fuck about content.”

Harvey Levin: According to Baldwin, the TMZ chief is the man who convinced the world that Baldwin used a homophobic slur against a photographer (a charge Baldwin vehemently denies). Levin, he says, is a “cretinous barnacle on the press.”

The Huffington Post: Of the website for whom he used to blog, Baldwin says, “They’ve gotta have clicks for their advertisers, so they’re going to need as much Kim Kardashian and wardrobe malfunctions as possible. The other day, they had a thing on the home page about pimples. Tripe.”

New York Mayor Bill de Blasio: The progressive mayor, whom Baldwin supported from the early going, “apparently gets his news from TMZ, too.” He said de Blasio has “distanced himself from me.”