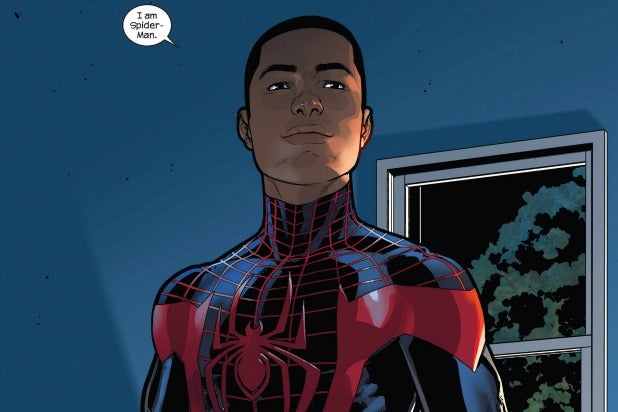 Alex Hirsch, creator of the Disney XD series “Gravity Falls,” has been added as a story contributor to Sony’s “Spider-Man” animated feature, an individual with knowledge of the project told TheWrap.

The new film is set to feature Miles Morales as webslinger instead of Peter Parker, marking the big-screen introduction of Marvel Comics’ black and Puerto Rican Spider-Man.

The Miles Morales announcement was made by Sony Pictures Animation president Kristine Belson at a slate presentation last month at the Culver City, California studio.

The feature is being directed by Bob Persichetti and Peter Ramsey. The script is written by Phil Lord.

“Gravity Falls” follows Dipper (voiced by Jason Ritter) and his twin sister Mabel (Kristen Schaal) as they engage in a series of paranormal misadventures.

The new Spider-Man movie, which is still untitled, is scheduled to hit theaters on Dec. 21, 2018.