InfoWars and two other companies owned by Alex Jones have filed for Chapter 11 bankruptcy in the face of legal challenges, including defamation lawsuits filed after the right-wing media personality called the Sandy Hook school shooting a hoax.

The bankruptcy filings, first reported by Reuters and obtained by TheWrap, show InfoWars deeply in the red — with assets of less than $50,000 against liabilities between $1 million and $10 million. The two other Jones companies were IWHealth (AKA Infowars Health) and Prison Planet TV. 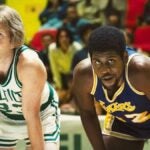 The paperwork was filed Sunday in the Southern District of Texas. Families of Sandy Hook shooting victims successfully sued Jones for defamation damages, saying his followers tormented and harassed them after he claimed the shooting was staged.

Of the top 20 claimants listed in the filing, the vast majority are family members and other people associated with victims of the Connecticut school shooting from 2012.

Results from some of those claims — and others — are pending. Jones recently skipped video testimony and depositions despite a judge’s order, citing health issues.

Chapter 11 would pause all civil lawsuits until the companies have time to reorganize financially. Jones has also been accused of moving assets between companies to hide them from claimants.