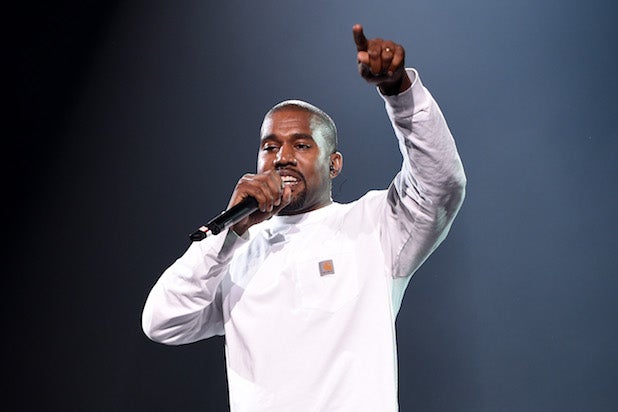 Perhaps it was inevitable.

On Monday, Alex Jones extended a formal invitation to rapper Kanye West to appear on his radio show InfoWars. The notorious Internet conspiracy theorist said he had been impressed in recent days by West’s stand against the “thought police.”

“.@kanyewest I admire your bold moves against the thought police. And if you want to see these control-freak vampires really go crazy, please join me on my broadcast!??’?” said Jones in a tweet Monday.

.@kanyewest I admire your bold moves against the thought police. And if you want to see these control-freak vampires really go crazy, please join me on my broadcast!????

Just before the invitation, Jones retweeted a terse West nugget about the “thought police” and efforts to silence “freedom of thought.”

The thought police want to suppress freedom of thought

Over the last few days, West has stunned his liberal fans with cryptic tweets and an apparent growing embrace of Trumpian ideas. Things got going last weekend after West tweeted his approval of Candace Owens, an African-American, right-wing Twitter personality, and fierce critic of #BlackLivesMatter.

The rapper has triggered fans pretty consistently since then, dropping such liberal kryptonite as:

“Self victimization is a disease.”

“Constantly bringing up the past keeps you stuck there.”

West had long been chummy with Trump in a friendship that predates the real estate magnate’s rise to the White House. During the transition, West met with Trump at Trump Tower in Manhattan where the two discussed “life.”

“He’s a good man,” Trump said of West at the time. “We’ve been friends for a long time.”

Before Trump’s election West himself had speculated about a presidential run in 2020.