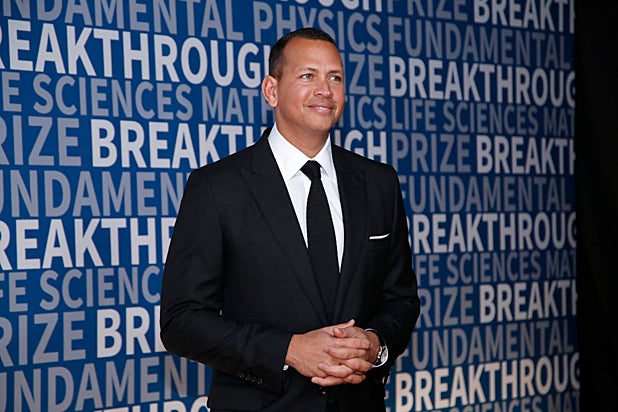 After appearing as a guest studio analyst during the Chicago Cubs’ historic World Series run last season, A-Rod has signed on to be a full-time game analyst and feature reporter for the upcoming 2017 MLB season.

“Bringing Alex back was a priority of ours and we are fortunate to have him as a key contributor to our baseball coverage,” John Entz, President of Production & Executive Producer, Fox Sports, said in a statement.

“His potential is off the charts and he’s been an incredibly quick learner in the world of television. He even understands the complexities of sales units. We are especially grateful to coordinating producer Bardia Shah-Rais, pregame producer Jonathan Kaplan, producer Royce Dickerson and all the Fox Sports staff who not only welcomed Alex but continue to strive to deliver the best pre and post game baseball shows on television,” Entz continued.

Rodriguez, 41, went on to say: “I’m excited to continue working with the FOX Sports family. It’ll be great to get back on set with the guys for the regular season and postseason, especially the All-Star Game in my hometown of Miami.”

After beginning his career in 1994 with the Seattle Mariners, Rodriguez played 22 years in the league and is best known for his tenure at the Yankees where he was a key player for the 2009 World Series-winning team and was also named MVP three times.

The latter years of his career were marred with speculation of the use of performance-enhancing drugs, including in a 2007 interview with Katie Couric on “60 Minutes,” when A-Rod admitted to using steroids, saying he used them from 2001 to 2003. He was suspended for 211 games in August 2013 for his involvement in the Biogenesis baseball scandal, but that was later reduced to 162 games.

According to the statement from Fox, the four-time All-Star owns a lifetime .295 batting average and has collected 3,115 hits (20th all-time), 696 homeruns (4th all-time), 2,086 RBI’s (3rd all-time), and 25 grand slams (1st all-time) in 2,784 games played. He has made 12 different trips to the postseason and appeared in 76 playoff games, highlighted by 2009, when the New York Yankees beat the Philadelphia Phillies to claim the franchise’s record 27th World Series title. Rodriguez played his final game as a New York Yankee in 2016, before taking a job with the team as a special advisor and instructor.