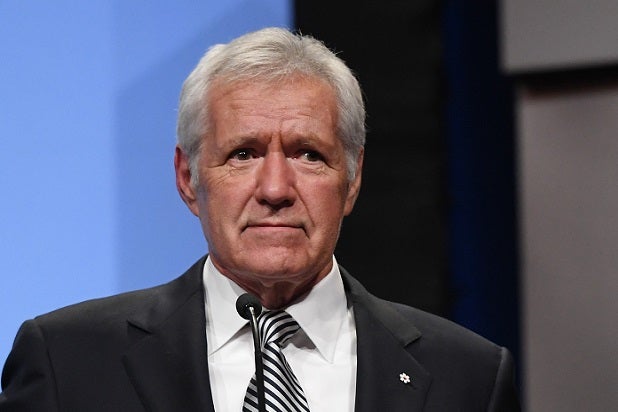 “Jeopardy!” host Alex Trebek has been hit with a lawsuit by a woman who says that she was injured when a dog emerged from his property and tried to attack her.

In the suit, filed in Los Angeles Superior Court on Tuesday, Hanna Ketai says she was walking her yellow Labrador down the street when “suddenly and without warning, a large black dog ran through an open gate” at Trebek’s Studio City, California, residence “and charged directly at Ketai and tried to attack her. Ketai screamed and immediately turned to her right in an effort to avoid the attacker [sic], causing her to fall down on her hands and knees in the middle of the street onto [sic] oncoming traffic. When Ketai looked up, she saw a large SUV headed in her direction.”

Luckily, according to the suit, witnesses rushed to help her get up and away from oncoming traffic. However, the suit says, as a result of the incident Ketai “was injured about the body and its members and was rendered sick, sore, lame and disabled, and was injured in health, strength and activity, a portion of said injuries being permanent.”

TheWrap has reached out to Trebek’s camp for comment.