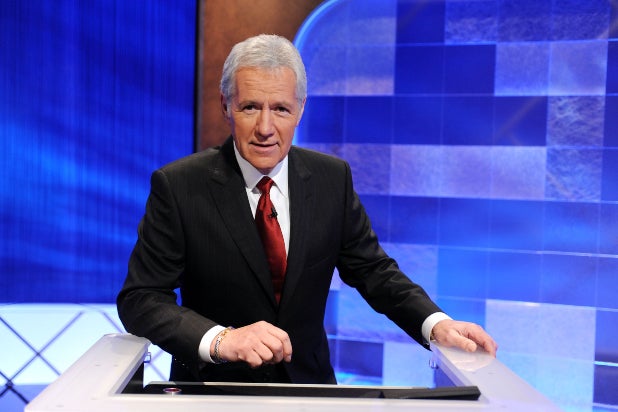 “Jeopardy” executive producer Mike Richards will deliver a “special message” this evening at the top of the first “Jeopardy!” episode following Alex Trebek’s passing, a person with knowledge of the planned tribute told TheWrap.

“Today’s show features a special message on behalf of everyone in the ‘Jeopardy!’ family,” the official “Jeopardy!” Instagram account posted shortly after our exchange with the game show insider.

The Sony series is keeping the details on that message under wraps in an effort to increase tune-in for the Monday episode.

Also Read: George Stephanopoulos' Rep Lobbies For Him to Become Next Host of 'Jeopardy!' (Exclusive)

Trebek died Sunday following a long and public battle with pancreatic cancer. He was 80.

Thanks to batch-taping, Alex Trebek’s final “Jeopardy!” episode will air on ABC owned & operated stations on Christmas Day. He was last in studio on Oct. 29.

“This is an enormous loss for the ‘Jeopardy!’ staff, crew and all of Alex’s millions of fans,” Richards said in a statement on Sunday. “He was a legend of the industry that we were all lucky to watch night after night for 37 years. Working beside him for the past year and a half as he heroically continued to host ‘Jeopardy!’ was an incredible honor. His belief in the importance of the show and his willingness to push himself to perform at the highest level was the most inspiring demonstration of courage I have ever seen. His constant desire to learn, his kindness, and his professionalism will be with all of us forever.”

The show says it is not announcing plans for a new host at this time, though it is worth pointing out here that Ken Jennings, probably the most famous “Jeopardy!” champion in history, joined the show as a consulting producer this season. And as TheWrap reported earlier today, ABC News’ chief anchor and political correspondent George Stephanopoulos’ rep is lobbying for his client to become the new host of “Jeopardy!”

“Jeopardy!” is currently the third highest-rated syndicated series on TV, behind only “Judge Judy” and “Family Feud.” That positioning makes the CBS Television Distribution-distributed series the second highest-rated syndicated game show of the 2020-21 television season. With perennial ratings champion “Judge Judy” ending at the conclusion of this season, that vacancy will open the door for game shows to rule syndication.