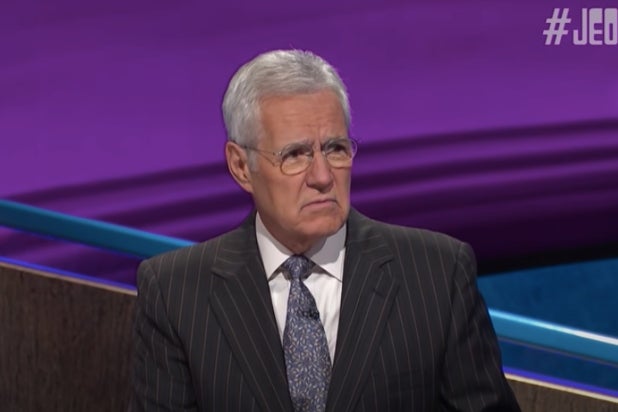 “Jeopardy!” host Alex Trebek is trending on Twitter for the best possible reason.

The beloved television personality, who has been battling pancreatic cancer for some time now, was the talk of the internet Thursday, but not because of his illness — because he’s an absolute savage.

The longtime host is known for serving sassy quips to “Jeopardy!” contestants, and videos of some of his most brutal takedowns have been resurfacing.

One of the most popular clips shows Trebek introducing a contestant whose “favorite type of music is something I’ve never heard of, but doesn’t sound like very much fun.”

Then Trebek responded with a sick burn: “Losers, in other words.”

One of the Twitter users who posted the clip wrote: “Alex Trebek squared up against death itself and simply doesn’t give a f— anymore.”

Also Read: 'Jeopardy,' 'Wheel of Fortune' to Tape Without a Live Studio Audience

Another moment of Trebek savagery came when all three contestants on that episode failed to answer any of the questions in the football category.

“I can tell you guys are big football fans,” he said. “Do you think we should go to commercial?”

Here’s hoping that Trebek’s sass lives on forever. Watch the clips below.

Alex Trebek squared up against death itself and simply doesn’t give a fuck anymore. https://t.co/tiRRD2LmRZ

Saw Alex Trebek trending, glad to see he is trending for being a savage on Jeopardy and not health reasons.