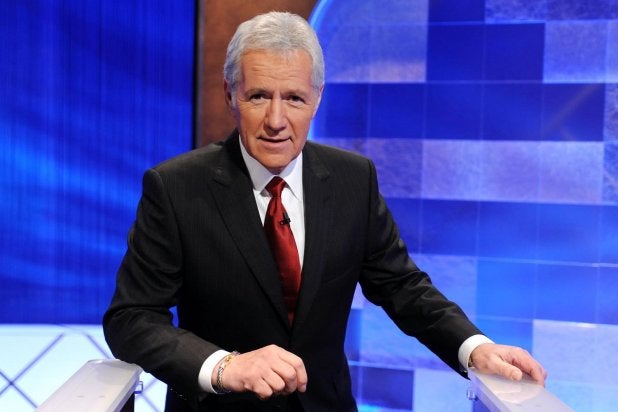 Canadian-born “Jeopardy!” host Alex Trebek, who became a U.S. citizen in 1998, will be using his hosting skills to moderate Pennsylvania’s 2018 gubernatorial debate, as part of the Keystone State’s Chamber of Business and Industry’s annual dinner on Oct. 1 at the Hershey Lodge in Dauphin County, the Philadelphia Inquirer reported Wednesday.

“The Pennsylvania Chamber of Business and Industry is pleased to announce that Alex Trebek, one of television’s most enduring and iconic figures, will serve as the keynote speaker at the 34th Annual Chamber Dinner,” the Chamber said in a statement, obtained by TheWrap, adding that following the speech, Trebek will be hosting a 45-minute debate “with a dynamic, entertaining format.”

Among those invited are Democratic incumbent Tom Wolf and the winner of the upcoming Republican primary, which includes attorney Laura Ellsworth, businessman Paul Mango and state Sen. Scott Wagner, according to the Inquirer. No word on whether Libertarian Party candidate Ken Krawchuk will take part.

Trebek has hosted “Jeopardy!” since its debut in 1984, and holds the Guinness world record for the “Most Game Show Episodes Hosted by the Same Presenter” – with more than 7,500 episodes to his credit.

So does Trebek lie on the political spectrum?

“I consider myself a social liberal and a fiscal conservative,” Trebek said in an email to Salon in 2014. “I would point out that anyone who has ever asked me, or investigated, would know that I am a registered ‘Independent,’ and I have voted for both Democratic and Republican candidates in the past, and will continue to do so.”