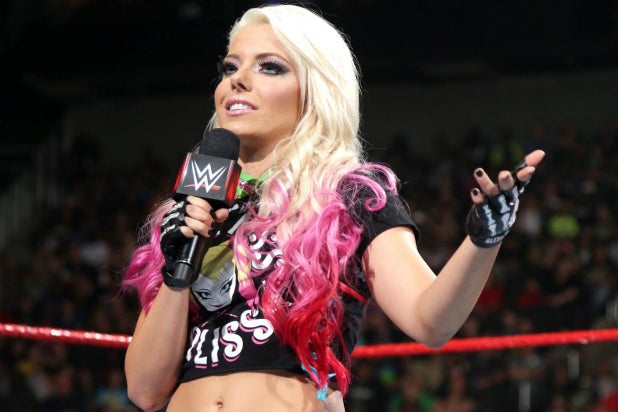 Pro wrestler Alexa Bliss is out of Facebook Watch’s “Mixed Match Challenge” Season 2 premiere and this weekend’s WWE live events after suffering an arm injury at the hands of Raw Women’s Champion Ronda Rousey at Sunday’s “Hell in a Cell” pay-per-view.

Rousey retained her title after delivering a wicked armbar to Bliss.

Also Read: WWE Tell-All Book in the Works From 'I Want My MTV' Authors

Bliss and Strowman are known as Team Little Big in the special male/female tag-team TV show. In this form of mixed-tag wrestling, the men wrestle the men and the women face off against the women. When one team tags its partner their opponents also swap spots in the ring and on the apron.

“Bliss began to complain of soreness on Monday before waking up with numbness in her left arm Tuesday morning,” WWE.com reported on Tuesday.

Doctors would not medically clear Bliss for competition.

Bliss did appear on WWE’s flagship program “Raw” on Monday night, though she did not wrestle.