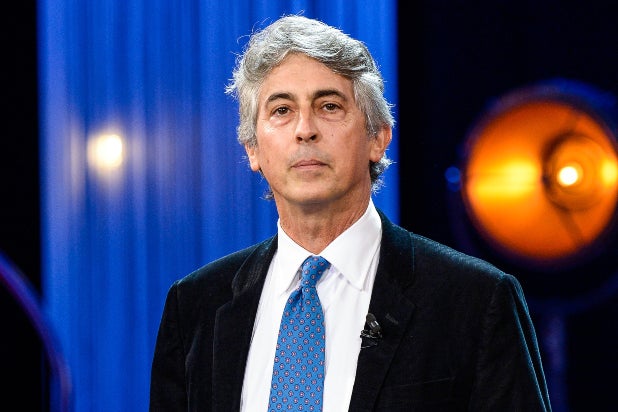 Alexander Payne has dropped out of HBO’s “Landscapers” miniseries starring Olivia Colman, where he was set to serve as director and executive produce.

Will Sharpe will now direct and executive produce. Sharpe starred in “Giri/Haji,” which was produced by “Lanscapers” producer Sister. The series will air on HBO in the U.S. and on Sky Atlantic in the UK. International sales for Landscapers will be handled by NBCUniversal Global Distribution.

A rep for Alexander Payne attributed his decision to leave the project to scheduling. “Alexander Payne has regretfully chosen to withdraw from ‘Landscapers’ in order to direct a 2021 original feature project of his own that has seasonal filming requirements,” the rep told Deadline, which first reported the news. Payne’s rep did not immediately respond to TheWrap’s request for comment.

In August, actress Rose McGowan accused Payne of sexual misconduct when she was 15, though he has denied her claim. Last month, he refuted the timeline of her accusation and said he had never crossed paths with McGowan at the time she claimed the incident took place. He further denied ever directing a film under a different name or working with Showtime as she had alleged.

Here is the official description, per HBO:

“Inspired by real events, the drama explores the lives of convicted killers Susan (Colman) and Christopher Edwards (casting tbc) and asks how this devoted and mild-mannered couple came to kill Susan’s parents and bury them in the back garden of their Mansfield home, in a crime that remained undiscovered for over a decade. This blackly comic, narratively playful true crime drama is based on extensive research, hours of interviews and direct access to the accused, who have always protested their innocence of murder.

Pivoting through various perspectives from Susan and Chris, to the police officers and lawyers involved in the investigation, the drama also draws the audience into the surreal fantasy world that Susan and Christopher created by casting themselves as their Hollywood heroes in stories of their own invention.  This is the story of a unique murder case involving four lives lived on the margins of society, that turns into an exhilarating and darkly funny exploration of love and fantasy: its power and its peril.”