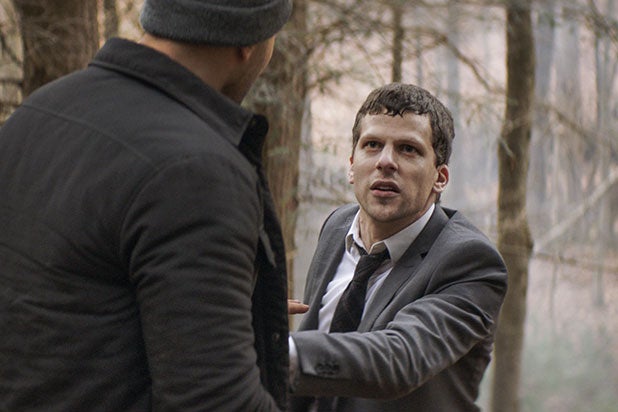 The Orchard is planning a release for early 2019.

“The Hummingbird Project” follows cousins from New York (Eisenberg and Skarsgard) who are high players in the game of High Frequency Trading. Their dream is to build a fiber-optic cable between Kansas and New Jersey which would make them millionaires — and they will let nothing stop them in the process.

“We are thrilled to be working with Paul Davidson and his team at Orchard,” said Nguen and Even. “They showed a true understanding of the film and how to position it in the marketplace. We also chose them because we were very impressed with their smart ideas and enthusiasm for this film.”

This year, The Orchard has released Sundance hit “American Animals” from Bart Layton, as well as “We the Animals.” Upcoming releases include Karen Gillan’s directorial debut “The Party’s Just Beginning” and the Columbian crime drama “Birds of Passage.”

Other successful The Orchard titles in past years have included “Hunt for the Wilderpeople,” as well as Oscar-nominated films “Cartel” and “Life Animated.”

The deal was negotiated by Danielle DiGiacomo, VP of acquisitions for the Orchard and by CAA on behalf of the filmmakers. HanWay Films is overseeing the international sales and distribution.