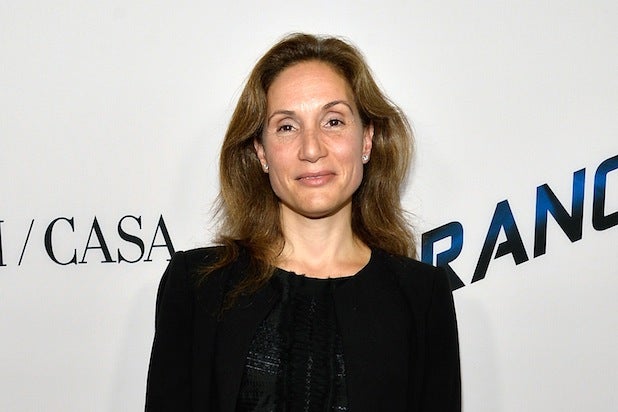 Alexandra Milchan has exited her post as executive VP of production at New Regency and has signed a first-look producing deal with the company, TheWrap has learned.

New Regency president/CEO Brad Weston told TheWrap that the company has no plans to replace her, but is looking forward to making movies with Milchan, who is the daughter of New Regency chairman Arnon Milchan.

“There’s no drama or controversy here. She’s just changing hats. It’s the best thing for everybody. We hope to make a lot of movies with her. It’s a good thing,” said Weston.

Pamela Abdy is set to start as New Regency’s president of production on Monday. She joined the company several weeks ago after serving as president of Scott Stuber’s Bluegrass Films.

Alexandra Milchan is credited as an executive producer on Martin Scorsese‘s “The Wolf of Wall Street” and will produce Steve Conrad’s untitled John Belushi biopic starring Emile Hirsch under her EMJAG Productions banner along with her husband Scott Lambert of Film 360.

She joined New Regency as EVP of production in September 2011 following a shakeup at the company that saw the departures of Hutch Parker and Bob Harper. Milchan began her film career under the New Regency banner in 1993 as an assistant before working her way to a senior executive position. During her 13-year tenure with the company, she was involved with such projects as “Heat” and “A Time to Kill.”

New Regency is currently basking in the critical success of Steve McQueen’s “12 Years a Slave,” which is expected to be a major awards contender this season. The company also has Darren Aronofsky’s “Noah,” David Fincher’s “Gone Girl,” Cameron Crowe’s untitled Hawaii movie and Alejandro Gonzalez Inarritu’s dark comedy “Birdman” scheduled for release in 2014.