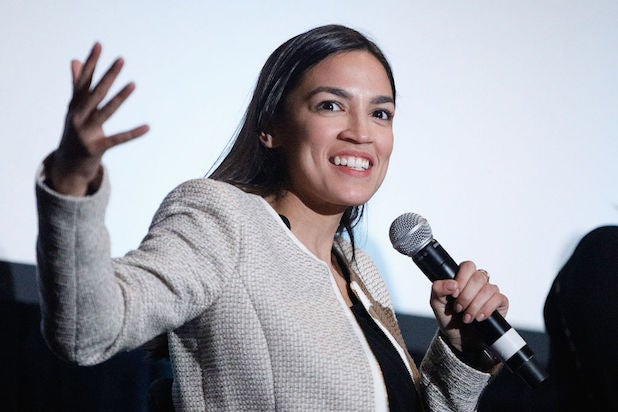 Democratic Rep. Alexandria Ocasio-Cortez spent her quarantine honing her “League of Legends” skills. The New York representative tweeted Monday night that she made it to Silver III, the game’s third tier of rankings.

“My small quarantine accomplishment: made it to Silver III. (For folks asking: on League),” Ocasio-Cortez said Monday evening.

Riot Games launched “League of Legends” in 2009 as a multiplayer online strategy and fighting game that is now a worldwide esport. The game’s ranking system includes nine levels: Iron, bronze, silver, gold, platinum, diamond, master, grandmaster and challenger. Each of these levels contains four rankings that must be completed to advance rank types.

While Ocasio-Cortez still has a ways to go before she maxes out her “League” rankings, she did say on Twitter that the online gaming experience prepared her for a career in Congress as a progressive politician in a majority-Republican government.

“Definitely. Right-wing Twitter is child’s play compared to inting 13 year olds,” Ocasio-Cortez replied when asked if her online gaming habits prepared her for right-leaning trolls online. “Inting” means  INTernational feeding — a strategy used in “League of Legends” and other multiplayer games that essentially involves you dying on purpose to put your teammates at a disadvantage during randomly matchmade games.

When asked what “League” characters she favored, Ocasio-Cortez said, “Won my promos on Sona, but I also play Janna, Lux, and Morg. Working on my Lulu, but it’s not ready for prime time yet.”

The congresswoman added, “Sometimes I play Soraka and her ult is definitely the Medicare for All of the game,” referring to the character’s upgraded ultimate ability that allows her to heal teammates.

Ocasio-Cortez’s Silver III rank impressed some fans, including one who said on game forum GameFAQs, “The beautiful, smart, and talented AOC just hit Silver III all while being the youngest woman ever to serve in the United States Congress, one of the leading faces in the progressive movement in America, and an inspiration to millions of people around the world. What’s your excuse for being a lower rank than her?”

My small quarantine accomplishment: made it to Silver III ????

One can say my role is to support the people ☺️

Won my promos on Sona, but I also play Janna, Lux, and Morg. Working on my Lulu, but it’s not ready for prime time yet