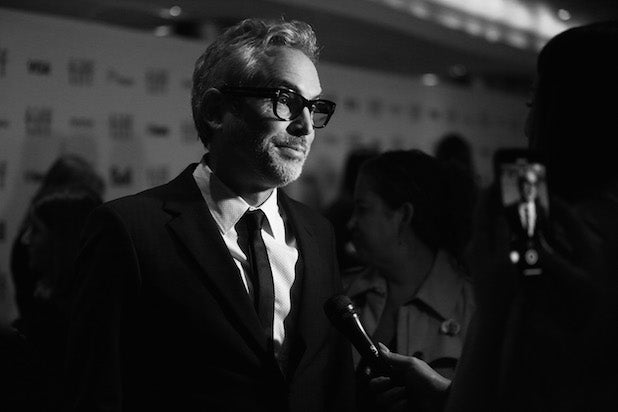 Three years after #OscarsSoWhite, the 2019 Golden Globes nominees are the most diverse Hollywood has ever seen. Three films by African-American directors were nominated for Best Picture, Sandra Oh’s “Killing Eve” performance and “Crazy Rich Asians” are breaking droughts for Asian-American films and actors, and Mexico’s cinematic titan, Alfonso Cuarón, has three nominations for his acclaimed drama “Roma.”

“I wouldn’t say the doors have opened for diversity. I’d say diversity broke the door down,” Cuarón told TheWrap shortly after the nominations were announced.

For his whole career, Cuarón  has had one foot in Hollywood and the other in the Mexican filmmaking community. He’s made blockbusters like “Harry Potter and the Prisoner of Azkaban” and “Gravity” — the latter won him an Oscar — but he’s also made films deeply rooted in his heritage like “Y Tu Mama Tambien.” “Roma” is a film that belongs at the top of the second category, inspired by the director’s childhood and by the caretaker who looked after him and who inspires the film’s protagonist, Cleo.

Though on its face it doesn’t seem to be similar to “Crazy Rich Asians” or “Black Panther,” all three have been embraced by audiences who are now seeing themselves represented on screen at a rate that has been unprecedented in mainstream culture. For Cuarón, making “Roma” was all about introspection, examining specific elements of his childhood from an adult perspective.

But as the film made the festival circuit and goes through its limited theatrical run before hitting Netflix next week, Cuarón says he’s been surprised by how many people have told him that they have had someone like Cleo in their lives.

“It hasn’t just been Mexicans who’ve told me this. I’ve had people from many different countries and backgrounds tell me how Cleo reminds them of somebody that wasn’t in their family but took care of them as a child,” he said. “It speaks to the universality of the human experience in ways I never expected.”

Click here for TheWrap’s Oscar issue cover story on how Cuarón and lead star Yalitza Aparicio came together to film one of the most acclaimed movies of 2018. “Roma” is now playing in select theaters and will stream on Netflix on December 14.