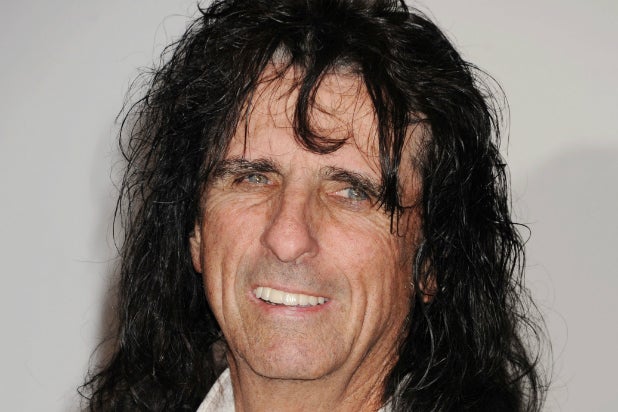 In April, you can stay and hang around with y’us — with Alice Cooper. The rock ‘n’ roll legend and “Wayne’s World” alum is joining NBC’s Easter Sunday production of “Jesus Christ Superstar Live!” He’ll play the flamboyant King Herod in the rock opera about the final week of the Son of God’s life.

Also signing on for the live TV musical is director David Leveaux, who is a five-time Tony Award nominee.

“Alice Cooper, whose theatricality is the stuff of legend, is the perfect rock star to play Herod in our live production,” said Robert Greenblatt, chairman, NBC Entertainment. “Andrew Lloyd Webber and Tim Rice wrote a showstopping musical number for Herod and we all look forward to the ‘King of Shock Rock’ taking on the King of Judea. As the casting for ‘Superstar’ ramps up, we can feel the excitement building for this brand new concert experience of what has long been considered the original rock musical.”

Cooper is a Rock & Roll Hall of Famer who has sold more than 50 million records over his five-decade career. He’s released 26 studio albums, with nine reaching platinum or gold status. And the “School’s Out” singer has ties to this particular play: Cooper actually recorded “King Herod’s Song” for the 2000 release of a cast album from the 1996 production of “Jesus Christ Superstar” in the U.K.

The original “Jesus Christ Superstar” album hit No. 1 on the Billboard charts in 1971.

The live TV musical will air April 1 on NBC.