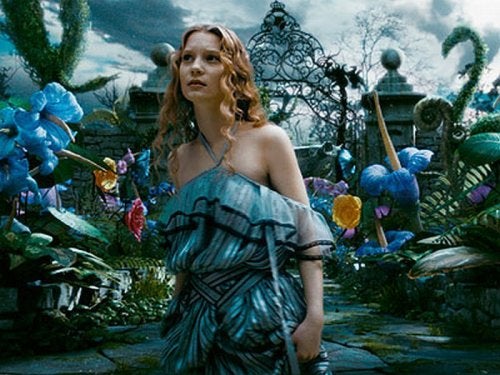 Dropping just 24 percent, the Disney film brought in $76 million at the foreign box office in its second weekend of release. That impressive performance came through over 6,000 screens in 48 markets. The worldwide haul for the Burton-Johnny Depp collaboration now stands at $430 million.

"Shutter Island" took the weekend’s silver medal. The Martin Scorsese thriller earned $19 million in 43 territories. The Paramount release, which originally was plagued by bad buzz when its debut was pushed back from Fall until Spring, has now made a bullish $190 million worldwide.

Sliding into the third slot was James Cameron’s "Avatar," which continued to attract  crowds though it is now in its 11th week of release. Despite losing 1,000 3D screens to "Alice," Cameron’s film brought in $17 million internationally, drawing its worldwide total to $2.6 billion.

The weekend big new release, Matt Damon’s Iraq War action flick, "The Green Zone," banked a disappointing $9.7 million overseas on over 1,500 screens and throughout 14 markets. The worldwide gross for the weekend is a paltry $24.2 million. Despite Damon’s box office chops, the movie looks to continue the trend of Iraq War films, "Stop-Loss" and "Jarhead," that largely fail to catch on with audiences.

Robert Pattinson’s "Remember Me," was a non-factor internationally. The romantic drama bowed in only nine markets, earning $1.6 million.