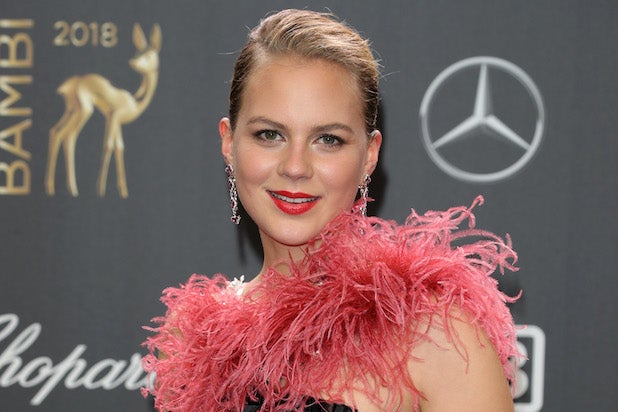 “Becoming Elizabeth,” which comes from British playwright Anya Reiss, centers on young Elizabeth Tudor (Rittberg), an orphaned teenager who becomes embroiled in the political and sexual politics of the English court on her journey to secure the crown.

In case you’re wondering right about here, Netflix’s “The Crown” is about Queen Elizabeth II, the current monarch of the United Kingdom, who came into power like 400 years later. That series has also followed Queen Elizabeth II through different stages of her life — played by three different actresses: Claire Foy, Olivia Colman and soon Imelda Staunton — while Starz’s series “Becoming Elizabeth” centers on her ancestor’s early years, before she sat on the throne.

Elizabeth I was the daughter of Henry VIII and his second wife Anne Boleyn, who was famously beheaded when Elizabeth was just two years old. Despite the marriage being annulled and Elizabeth declared illegitimate, after a long journey filled with scheming, betrayal and illicit relationships that threatened to bring forth her demise, Elizabeth ultimately ascended to the throne and ruled for 45 years.

“Drama seems to skip straight from Henry VIII’s turnstile of wives to an adult white-faced Gloriana,” Reiss said when the show was ordered to series last December. “Missing out boy kings, religious fanatics, secret affairs and a young orphaned teenager trying to save herself from the vicious scramble to the top. I should have found it hard to relate to 500-year-old royalty but Elizabeth lived in dangerous, polarizing times and often made terrible hormone-fueled decisions. I’ve found writing her story a thrilling experience.”