20th Century Fox has released another teaser for Ridley Scott’s “Alien: Covenant,” showing how robot Walter is made.

The character, played by Michael Fassbender, is Weyland-Yutani’s most advanced synthetic companion, “designed to help you achieve a better human experience.”

The teaser offers a glimpse of how the Walter is put together, and introduced to the world.

Fassbender pulls double duty in “Alien: Covenant” by also playing David in the film, an android who was the sole survivor of the doomed Prometheus expedition, chronicled in Scott’s “Alien” prequel, “Prometheus.”

The new film follows the crew of The Covenant, a long-range space craft that is being used for the first large scale colonization mission in Earth’s history. The crew arrives on an alien planet, only to discover that they are not the first humans to have set foot here. The end of the trailer also gives us a look at the terrifying Xenomorph we know and love. Walter accompanies the crew aboard The Covenant in the film.

“Alien: Covenant” arrives in theaters May 19.

Watch the video above, and see the new poster below. 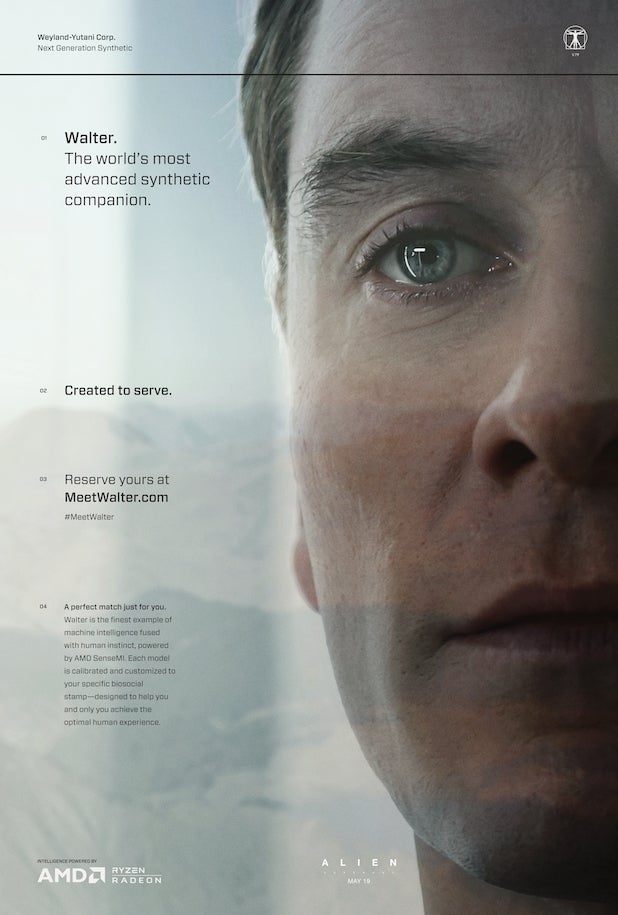 Our Alien Day video playlist includes parodies, analysis and someone who thinks ”Alien 3“ is better than the first two films

Russian animation studio 1A4 has boiled down the whole plot of "Aliens" into a 60-second cartoon.
View In Gallery
x