20th Century Fox has released a new poster for “Alien: Covenant” ahead of unveiling the latest trailer for the horror pic on Wednesday.

In the poster, the word “Hide” is visible above an egg that looks very similar to the one used in the poster for Ridley Scott’s 1979 classic. Only this time, the egg looks darker and a lot more eerie.

Scott’s new movie has crew members of the colony ship Covenant bound for a remote planet on the far side of the galaxy. Soon they discover what they think is an uncharted paradise, but is actually a dark, dangerous world — whose sole inhabitant is the “synthetic” David (Michael Fassbender), survivor of the doomed Prometheus expedition.

“Alien: Covenant” is intended to be the start of a new trilogy of “Alien” films all built on the events of “Prometheus.” Fassbender returns as David (with a dual role as a newer model named Walter) alongside Noomi Rapace, who played “Prometheus” protagonist Elizabeth Shaw.

See the new poster below, and look out for the new trailer tomorrow. 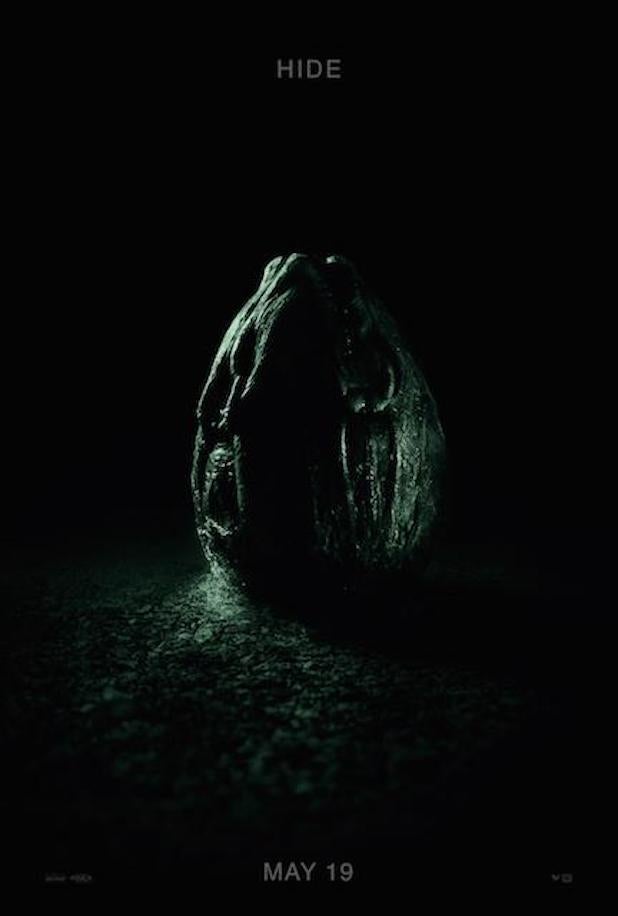 Lookit our shee-it! Franco’s materially obsessed character from the indie cult hit is a popular costume this Halloween

Alien has come to Earth this Halloween, cementing him as a pop-culture icon
View In Gallery