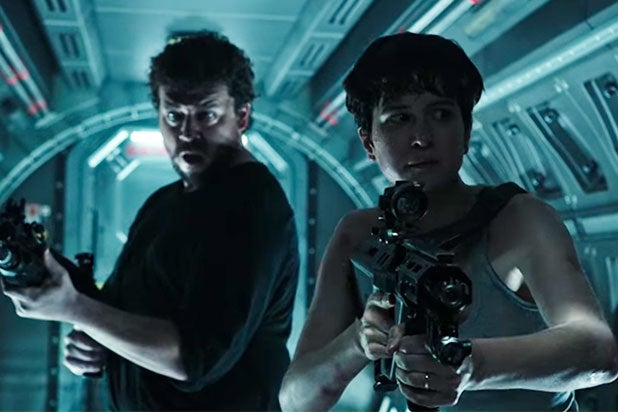 With the release of “Alien: Covenant” just over a month away, 20th Century Fox has released three new TV spots, featuring terrifying footage of the doomed Covenant crew.

“We’re making history here,” Katherine Waterston’s character tells the crew members in one of the clips. The two other clips show that things didn’t go as planned on their mission. Adding to the dread: the words “pray,” “run” and “hide.”

Ridley Scott’s new movie has crew members of the colony ship Covenant bound for a remote planet on the far side of the galaxy. Soon they discover what they think is an uncharted paradise, but is actually a dark, dangerous world — whose sole inhabitant is the “synthetic” David (Michael Fassbender), survivor of the doomed Prometheus expedition.

“Alien: Covenant” is intended to be the start of a new trilogy of “Alien” films built on the events of “Prometheus.” Fassbender returns as David (with a dual role as a newer model named Walter) alongside Noomi Rapace, who played “Prometheus” protagonist Elizabeth Shaw.

See Photo: New 'Alien: Covenant' Poster Is All About the Xenomorphs

On Monday, Fox also announced that the annual Alien Day will return on April 26, a nod to planet LV-426 from the “Alien” films, and as a countdown to the new “Alien: Covenant.” Cast members will join festivities which include a live-streaming event, an interactive trivia challenge, worldwide screenings, product launches and more.

Watch the new TV spots below: